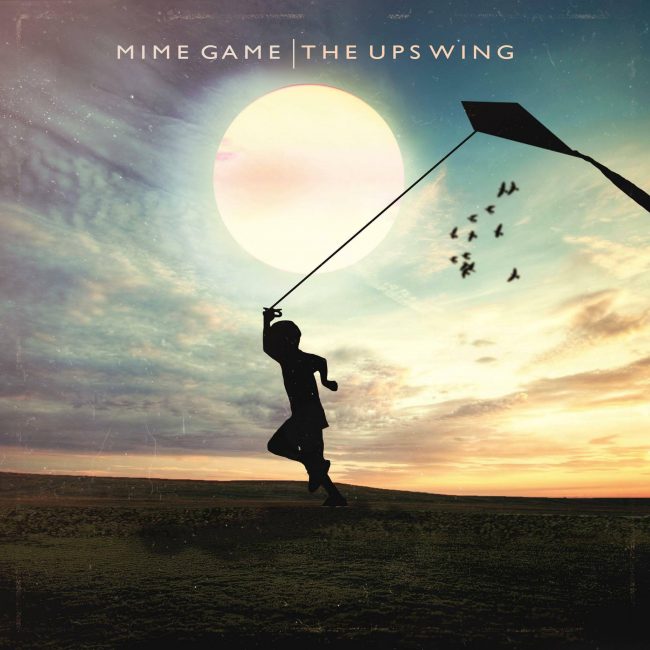 “I’ve been taking time to think it over on the interstate.”

Your favorite pop rock sounds from 2009 just got a makeover, and it’s sounding pretty damn good from where we’re standing. Mime Game, the new project of Josephine Collective’s Dillon DeVoe, has repainted the picture of pop rock, and added in some pretty spectacular highlights.

When you dive into the The Upswing, the first two songs you’re greeted with feel surprisingly similar to be standing so close together. However, as the radio ready feel of “Hook” fades into the catchier yet slower “Interstate”, you don’t really mind, because they’re both tracks that win your heart. As the band slows things down on songs like “Murderer”, you can hear tinges of emo inspiration disperse themselves across pop rock arrangements. Meanwhile, tracks like “Hey There Love” showcase an incredible falsetto and jaw-dropping guitarwork. (Seriously. We still haven’t recovered.)

A stand out from the collection comes in the form of “I Think I”. Things start with a dark R&B vibe and a spoken word/rap introduction, before switching off into an epic radio rock track that’ll have you performing on a makeshift stage of the closest furniture. The song keeps up it’s spontaneity from there, and is a three minute curveball that captures your interest from beginning to end. Things wrap up with single “Burn”. Coupling Mime Game’s already catchy sound with guest vocals from Saves The Day’s Chris Conley makes the song one of the best we’ve heard yet this year.

Easily accessible and ridiculously catchy, this collection is full of music you’ll like, and music your mom will like, and music your niece will like without admitting to it because she’s a little too cool for everything but eyeliner. While The Upswing isn’t specifically tailored for a crush, or the first day of summer, or when you finally finish your exams, it captures the feeling of lightness each of those moments hold perfectly.

Buy it, Skip it, Stream it: Buy it. You can’t go wrong with a collection of pop rock jams that’ll send you sailing through the day with a smile.