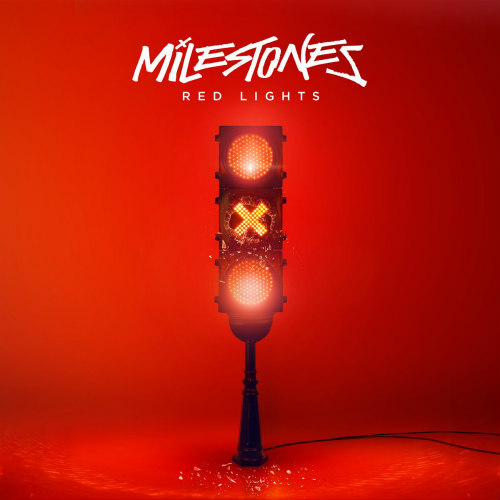 Déjà-vu got the best of me again

If you happened to see the Mayday Parade tour for A Lesson in Romantics last year, you may have caught a dynamic set from the opening band Milestones. But even if you missed your chance to see the Manchester-based quartet in North America, you’ll want to pick up their debut full-length, Red Lights, because believe me when I say it’s everything you want in a pop rock record.

From opening track “BitterSweetHeart” to the boppy closer “Forever or Never”, every song is a carefully crafted treat for your ears. Like a box of your favorite chocolates, it’s hard to choose which track you want to savour the longest. Anthems like “Against the World” with its fervent chorus of “we are dreamers” nestle alongside ballads like “Counting Cars” that will have you wiping away a single tear while the final chord fades out—by the second listen you’ll be belting out the words to both. There’s something about Red Lights that reminds me of the first Mayday Parade LP; the dramatic flair of “Once Upon a Time” maybe, or the guitar-heavy intro to their lead single, “Paranoid”. Either way, there’s a nostalgic feel to the album that almost guarantees a long shelf-life. By the time you finish listening for the first time Red Lights already feels so familiar that it’s easy to imagine yourself jamming to it in five or ten years, while reminiscing about what a great year 2018 was.

It’s actually hard to pinpoint what makes Milestones’ album so compulsively listenable. Is it their ability to write a hook that sinks into you and doesn’t let go? Is it the way it’s somehow full of both darkness and light, with raw emotion-filled songs like “Hold On” sitting beside earnest odes like “End Game”? All I know is I’ve listened to Red Lights non-stop for a week and I don’t plan on stopping any time soon.

Buy it, Stream it, or Skip it? Buy it! Milestones is the type of band who will grow and stay with you for years to come.