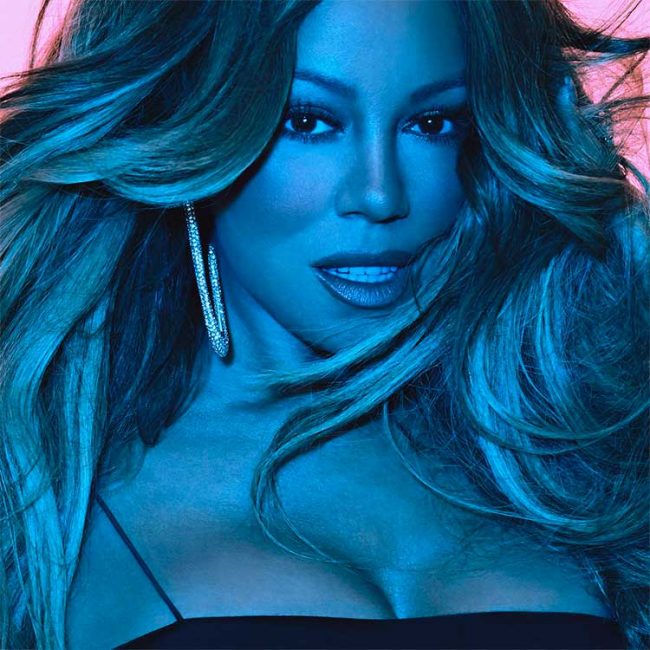 “Giving me life and it’s everything / Thinkin’ ’bout when we were seventeen
Livin’ like Babs ’cause it’s evergreen / Here in my arms is where you should be.”

This album gives you what you want, not what you expect. On Caution, Mariah’s fifteenth studio release, she starts with a delicious breakup anthem in “GTFO,” her sweet vocals playing with the strong demand of the title lyrics. We’re then taken on a vibey, beat-heavy journey of love in all its forms—from trepidation amidst longing to sultry declarations of what Mariah wants her bae to do to her. Caution is bold as fuck and I am living for it.

The vocals here are more subdued than previous ballad-heavy albums from Mariah. Her voice soars and peaks in the climax of some songs, like in “With You” and “The Distance”, but Mariah places most of her vocals comfortably within the low-key flow of the album. The Songbird Supreme has nothing to prove about her talent and Caution benefits from that realization; the album is her most cohesive collection since 2005’s The Emancipation of Mimi. Instead of putting her voice first, riffing at every moment (I live for that, too), Mariah lets her writing and music take center stage.

Every song belongs on Caution; there are no fillers here. One could argue that it’s hard to have fillers on a ten-song collection. I’d argue that it’s entirely possible to write ten shitty songs. But when Mariah is in the captain’s chair that bleak outcome is inconceivable. With Caution, every song simmers in the potential of becoming a hit. My favorites are the collaborations with hip-hop artists, like “Giving Me Life” with Slick Rick and Blood Orange; the hook is that good 90s R&B we crave but it remains current. “Stay Long Love You” featuring Gunna uses video-game bleeps and bloops over an incredible hip-hop beat that makes it an instant classic in my nerdy household.

Mariah’s direction on this album is calculated and brilliant, and the writing is sublime. In particular, the final song “Portrait” is much like Butterfly’s “Outside”—an expression of having to hide one’s true self, of feeling like you don’t belong but ultimately finding solace in someone’s arms. I can’t help but think of her recent statement about being bipolar and, as a disabled person myself, I can relate. “Portrait” is quite the turn from the previous tracks, both melodically and lyrically, but it manages to bring the narrative full circle.

Buy it, Stream it, or Skip it?: Buy It! It’s classic “Honey”-era Mariah that also sounds fresh for 2018, proving why the elusive chanteuse still belongs at the top of the charts. You’ll also want to pick up one of Caution’s gorgeous limited-edition vinyl, CDs, or cassettes.