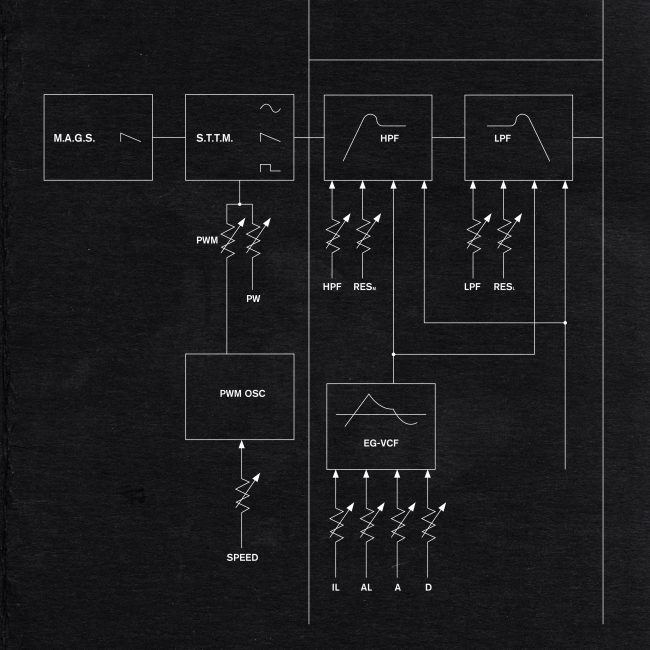 “I need to go and ride my bike forever.
Clear my week.
Get really high.”

Remember sharing a blanket with your crush under the boardwalk at sunset, as the ocean breeze cooled the heat of the day from your skin but couldn’t touch the nuclear passion between your naïve hearts? Me neither but M.A.G.S. has created an indie-rock gem that invokes that untainted summer fling feeling. Say Things That Matter is the perfect soundtrack to your summer romance.

M.A.G.S is the moniker of Elliott Douglas, soon to be a household name. On his debut LP, he takes you from the lofty bliss of not minding if BAE smokes all your weed to nostalgia choking the reality out of memories like an asphyxiation kink. Douglas’ lyricism has become complex while his songwriting has become confident. It’s a complete unit that hooks you initially, then unlocks more depth with each listen.

Say Things That Matter is less heavy than M.A.G.S.’ initial self-titled self-release but it’s no less powerful. Potent riffs abound, now accented with electric pop-production. Clean guitar melodies, like in the song “GOLDEN”, blend with the higher end of Douglas’ vocal range to create a dreamy sound fit for balcony coffee after a night of consummation. Yet, exploring the full-range of the summer fling, on “Beg” you can find the gritty strumming and breakdowns that exude the frustration borne of unyielding egos.

Throughout the entire album, I couldn’t help but notice how confident it feels. This sounds like the fifth or sixth album, created by an artist who has “been around the block.” Could this be a by-product of nearly a full four years between releases? Or, are we seeing the fruits of creative labor produced under the solitude and tension of the pandemic? Confidence is earned through experience and time; two things we’ve all had in abundance. We are all better off for how it has manifested in M.A.G.S.

For such a complete album, it’s hard to pin down a favorite song. Each track’s flavor profile is unique and full: a hint of Kings of Leon, some Dominic Fike, a little Vundabar. His influences are varied and contemporary while still sounding like himself; a testament to his confidence and vision. This album deserves all the praise sure to come its way.

Stream it, Buy it, Skip it?: Buy it. This is simply a stellar album you’ll want to play all summer (and after, undoubtedly).