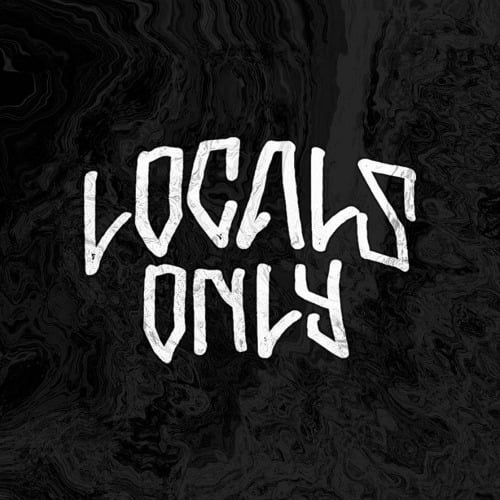 There’s a heaven in this hell, I swear.

They haven’t even made their live debut yet, but New York pop-punkers Locals Only are already making an impression on our eardrums. Their self-titled EP brings together everything I love about pop-punk: it’s fast and somewhat aggressive, but those hooks grab my attention like nothing else.

The EP is only twenty minutes long, but Locals Only do a fantastic job of establishing their raucous sound right away with opening song “Choke”. Despite only officially declaring themselves a band in February this year, they come across as an experienced group, one that already knows how to write an infectious chorus or introduce a quirky guitar lick at precisely the right time.The playful guitars and percussion on “Decent” in particular stand out, making it one of the most memorable tracks on the EP. The closer, “Arizona”, fools you into thinking it will be a ballad, but once the percussion kicks in after the first verse, it proves to be just as much of a headbanger as the rest of the EP.

Singer Joey Scott reminds me of Knuckle Puck’s Joe Taylor with his throaty vocals, but he’s just as capable of channeling Waterparks’ Awsten Knight in single “You’re Sick”. It’s this combination that makes me think Locals Only are onto something special, while still delivering loud, angsty pop-punk.

After a couple of listens, you’ll find it hard to believe that Locals Only are so new to the musical game. If they manage to bring that same energy on stage with them, their live performances will leave the audience sweating and wanting more. Because the EP was produced by Locals Only guitarist Craig Johns Jr, you know we’re hearing the band in the most organic way. They don’t fool around with the sound, letting their natural talent lead you on a pop-punk trip that will put them on the top of your “Bands to See at Warped ‘17” list.

Buy It, Stream It, or Skip It? Buy it! If Locals Only can deliver an EP this fun after only two months as a band, they’ll be a solid investment in the future of pop-punk.