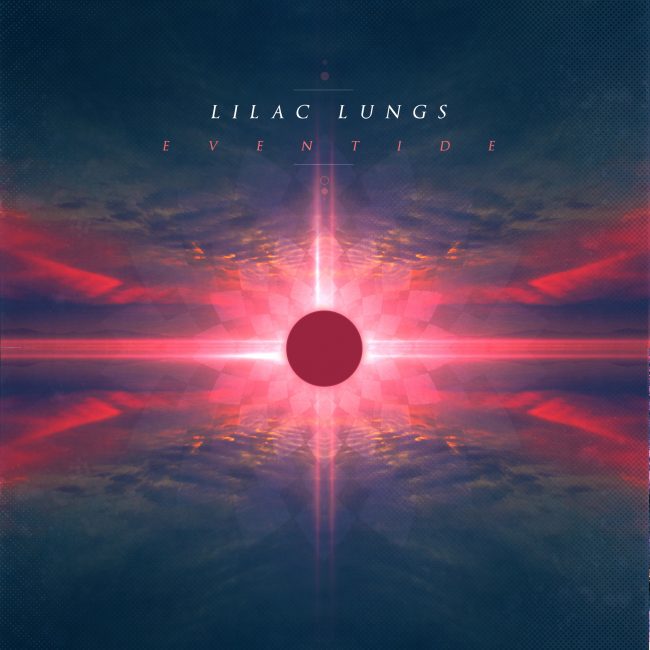 Feeling _____? There’s a song for that. And sure, you could search through your playlists to try and remember that one song with the lyric that “gets” you, but why bother when Lilac Lungs have collected everything you need in one album? Eventide was created as a safe space for listeners, and contains a whole plethora of emotions and explorations of good, bad, and the in between—sometimes all in the same evocative indie track.

From the get-go your body will not only physically respond to the electrifying sounds with hair-raising moments and plenty of swaying, but your mind will be swept up in whatever emotional torrent the song demands…until the tide turns. Opening track “Welcome To The Fallout” eases you in slowly but not quite gently, flipping deftly between unsettling quiet and adrenaline rushes. Vocalist Emily Torres has an incredible and compelling voice, ranging from bubbly and ironic, to soft, to commanding. Set to a blend of dance-filled indie rock, unexpected bass and drum beats, with a dash of captivating synths thrown in for good measure, every part of their music is designed to make you feel, and you won’t be able to resist.

The band get tongue-in-cheek honest in their latest single and standout “Uh Oh”, laying out complex observations of toxic family relationships to a skippy upbeat tune with almost satirical childlike expression. Juxtaposing themes, styles, and emotions is a skill they’ve honed well, giving the record new depths to explore with every listen. Which is definitely encouraged—it can take time for some tracks to distinguish themselves from others, but it’s well worth a little patience, because previously unnoticed gems show up in different parts of every song.

Eventide shows true guts and power even in the unlikeliest of places, and while at times you come away feeling rather emotionally drained from where they’ve packed a little too much in, it’s not surprising (given this is a debut album) that their life experiences have lent a hand to their music. You can hear the heart and soul that went into making this record, and they’ve perhaps saved the best for last. “Young Warrior” is a slow burn, its delicate piano and ethereal synths filling your heart and lungs up with fire, ready for you to breathe out and shock the world with what you can do—because you’re a fighter, you’re stronger than ever, and with this as your battle cry, you’ve never felt so alive.

Buy it, Stream it, or Skip it: Stream it and take the time to unpack Eventide’s emotions—you might just be in for a surprise.

We’re streaming Eventide in full—check out our exclusive premiere now!