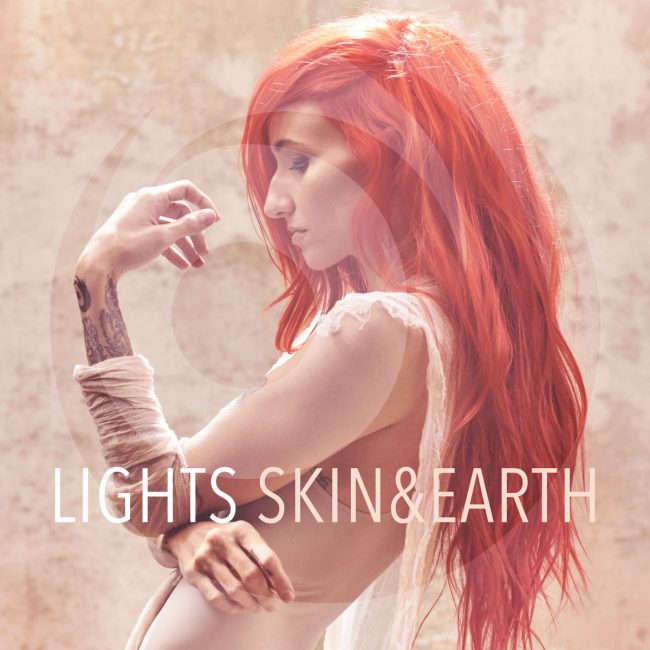 “Moonshine, this is my time / Sun goes down and I come alive
Midnight, sun in my eyes / Stars are blazing, I feel amazing” 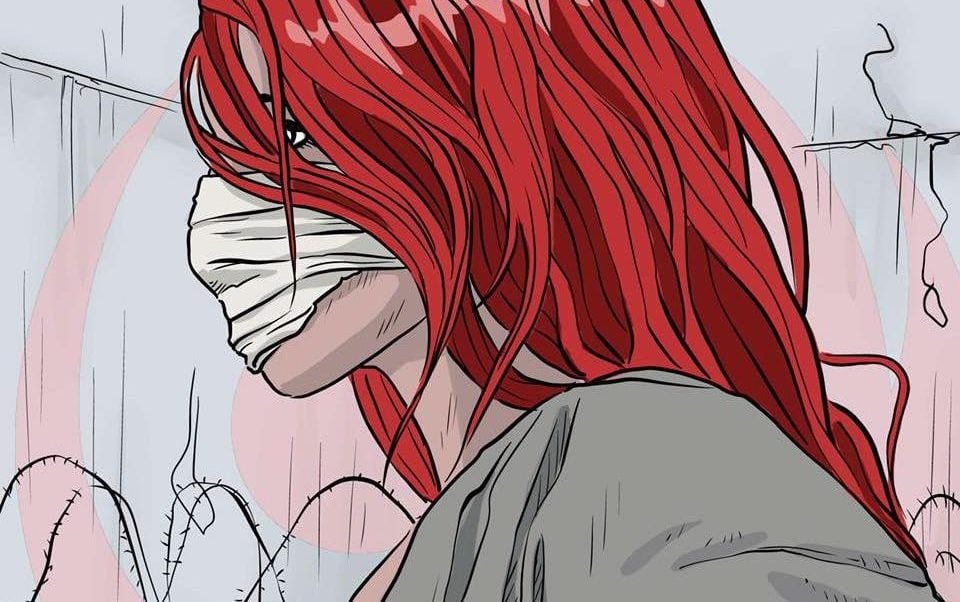 Once in a blue moon, if you’re really lucky, you hit play on an album and discover a whole new world. Well, with LIGHTS’ new concept Skin&Earth she’s taken world-building one step further, pairing the record with a comic book series of her own design. Skin&Earth follows the red-haired, red-zoned life of a new character called En Jin, as she fights to find hope in the post-apocalyptic setting of Madison Oasis. This world is mapped out in musical plot points throughout the record of the same name, and whether you know it or not, you’re about to become a part of it. LIGHTS is a storyteller in everything she does. You’ve seen it in her previous albums, in her art, in her live performances. Now, her electropop dreams have overflowed onto the pages of her comics and back again. Art & music infuse each other to create LIGHTS’ best work yet. For today we’ll focus on the music—while we highly recommend you also check out the comic series for the full effect—Skin&Earth the album has its own standalone magic to weave.

The moment the intro’s eerie “ooh’s” give way to “Skydiving” you’ll be free falling, compelled by an electrifying beat and choruses that echo across new horizons. You’ll revel in new experiences in “Until the Light”, and find your place in the euphoric “Moonshine”. This record is about navigating the uncertainty of life; of being sure one moment, then knocked off your feet the next. There’s a freedom to accepting what you can’t control, and it shows in LIGHTS’ sound—it’s the electropop you know and love, only smoother, lighter, like a creative weight has been lifted. Songs like “Morphine” swap out her signature bass-heavy synths with insanely catchy pop hooks, taking you back to her The Listening days. But don’t you dare forget LIGHTS’ music since then—she’ll still kick your ass with some unexpected riffs more monster than ever before. “I was a knife in a gunfight, and I fought so madly / You were a wolf in the daylight, and you almost had me,” LIGHTS croons on the deeply introspective piano-led ballad “Almost Had Me”; its powerful beat matches its emotional pull, insisting that sometimes you need a little darkness to burn brighter. But it’s on the utterly badass “Savage” and on the future LIGHTS Army anthem “We Were Here” that you’ll come into your own, stomping your feet to tell the world you are unstoppable.

Skin&Earth might be set in the fantasy world of Madison Oasis, but the emotions and experiences are wholly grounded in the life we know—in all its beauty, pain, and the search for something more. Embrace it, because with Skin&Earth you’ll become a new version of yourself: you’ll reach towering highs, be left reeling from sweeping lows, shiver as waves of both excitement and fears crash over you, and fall in love headfirst. Most importantly, you’ll feel alive.

Buy it, Stream it, Skip it?: Get the album & comic combo Skin&Earth and unlock your next adventure.