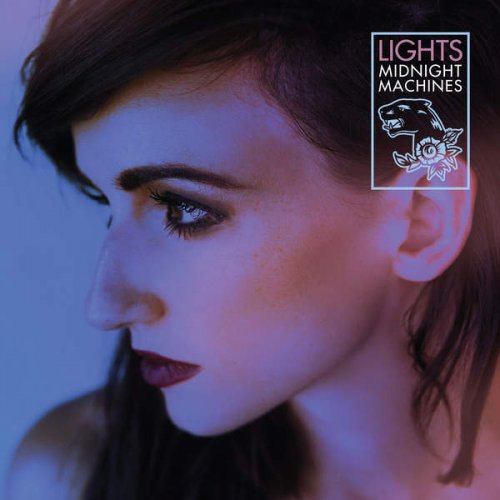 “And when you fall overboard, I’ll follow you down”

Lights is no stranger to acoustic albums. Despite being an electro-pop sensation, she’s released two, both of them successful versions of previous albums. She’s back at it again with Midnight Machines, a reworking of select songs from 2014’s Little Machines.

The tracklist, consisting of six previous songs and two new cuts, gives Lights’ impressive voice a chance to shine over classy orchestral arrangements, rather than her usual electronics. The lead singles, “Up We Go” and “Running With the Boys” sound like completely different songs when stripped down, going from catchy and addictive to emotions more raw and palpable. “Muscle Memory” becomes languid and seductive, her voice reaching a chill-inducing tone in the chorus, backed by a string arrangement. The two new songs, “Follow You Down” and “Head Cold”, are beautiful folk-y numbers that would be the perfect soundtrack for the next time you’re stuck indoors on a rainy afternoon.

Midnight Machines proves, without a doubt, that Lights is one talented singer-songwriter. While she hasn’t changed any of the words to her previously released songs, these re-imagined versions seem to better reinforce the themes of nostalgia and perseverance she initially explored on Little Machines, without the distraction of synthesizers or elaborate production.

Buy it, Stream it, or Skip it? Buy it. If Little Machines is a rave, Midnight Machines is the soothing lullaby you need to listen to to wind down for the night.

Hear it for yourself. Tune in at ido.bi/player on Friday at 7PM ET to hear Midnight Machines in full!