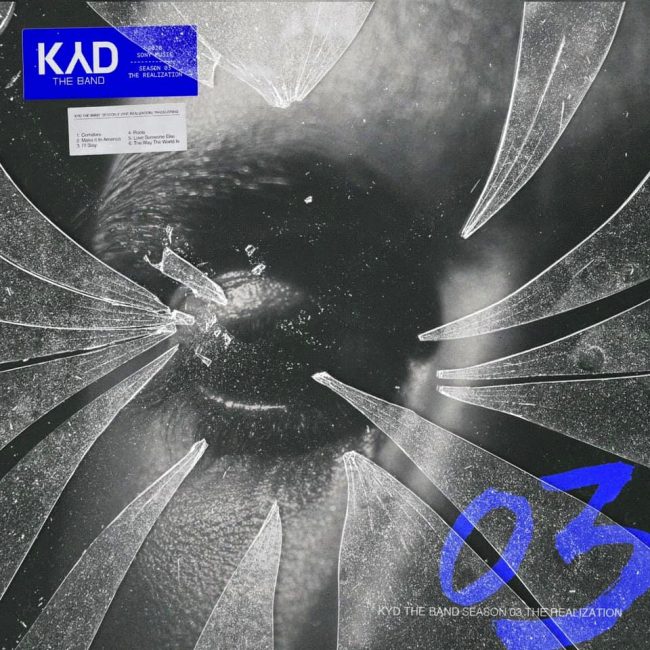 Devin Guisande, donning the mantle of Kyd the Band, is a smart man. He understands the benefit of being clear and distinct in your message. Muddying the waters of your intentions with allegory and metaphors oftentimes leads to alienation instead of better understanding. Each song on his newest EP relates back to the title of the release, Season 3: The Realization. The varied flavor of every song adds to the clarity of each bit of wisdom he has gained.

Hitting so many styles in such a short offering would be a disaster in the hands of a less-talented artist. It seems that Guisande’s time in Nashville has allowed him to feel comfortable in styles ranging from bluesy rock on “Roots” to electro-soul pop on “Love Someone Else”. Regardless of style or influence, the real star of each song is the hook. Guisande chisels a deft hook like he can see the Adonis in the musical marble.

That being said, Kyd the Band’s biggest talent is his ability to craft lyrics that are honest to his life, yet commutable to any experience. My favorite song from the EP, “Corridors”, is the perfect example. Guisande draws on his hollow, religious upbringing to describe feelings of being trapped in the memories of a painful relationship. Whatever personal emotions you bring to his songs, you can find yourself relating to his lyrics.

The arrow falls short of the target at times, though. My main complaint is his song structure; I keep feeling like he leaves me so close to sated. He constantly builds the tension of the song to a point where I expect a “third-act” swell and climax, only to have the song unceremoniously end. “The Way the World Is” is begging for that arena-rock crescendo to drive home the ‘we are stronger together’ message and provide the catharsis that has been built.

Buy it, Stream it, Skip it?: Stream it…or Buy it. Altogether, this is a solid 6-song EP from a clever artist on the come-up. I’ll be adding my favorite songs to my “Infectious Pop” Spotify playlist. Yet, I wouldn’t knock you for buying it; Kyd the Band has a bright future and deserves the support.