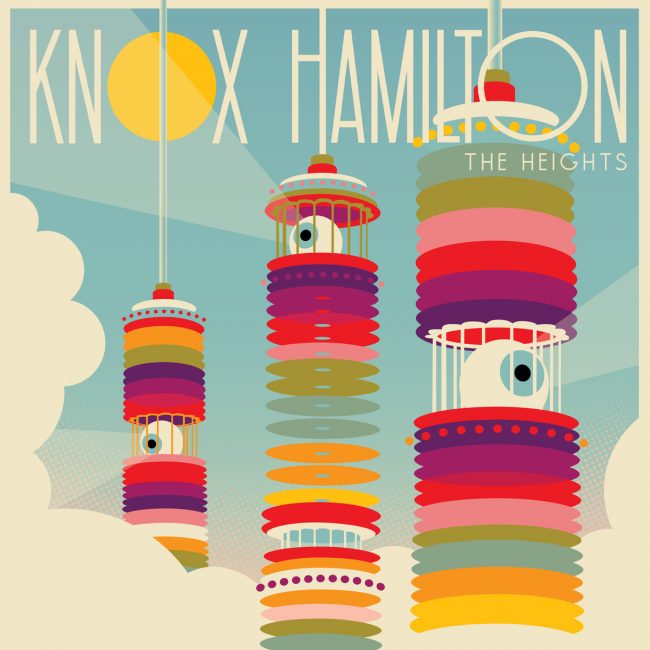 “Be what you want, if it makes you happy.”

There’s nothing like a good indie pop album in the springtime. Personally, I always breakout Smallpools’ LOVETAP! when the weather warms up and the flowers start to bloom, and now, it looks like it’ll have a friend. Knox Hamilton has an established presence in the music scene that’s bigger than a debut album, and yet here they are with theirs. With a pre-built reputation for being an indie band that’s full of fun and skill, they’ve only solidified their stance with The Heights.

Knox Hamilton haven’t invented the wheel with their debut release, but they’ve made it fly. It’s not easy to stand out in a genre that’s been hitting mainstream media left and right, but the best way to do it is to make sure your sound is rock solid. That’s exactly what the Little Rock, AR band have done. Not a moment on the album feels rushed, unclear, or unorganized. It’s the quality of work that sets Knox apart from the crowd.

Hooks for days can be found on songs like “Washed Up Together”, while meditative vibes will accompany your next chill out session with “How’s Your Mind” and “Never My Love”. “Pretty Way To Fight” hits another note altogether with an instrumental surge followed by a sing-along ready chant that’ll light up during live performances. Things slow down with final and title track “The Heights”, when we hear a sweeter side of the band that’s equally lovable.

Whether you’re ready to “Set It On Fire” on a Friday night, or spend a quiet Sunday on the “Back Porch”, Knox Hamilton has something to offer for everything on your to-do list. Plus, with a sound as well crafted as theirs, you’ll be able to return to this collection for decades to come.

Buy it, Skip it, Stream it: Buy it, you won’t be retiring this one anytime soon.