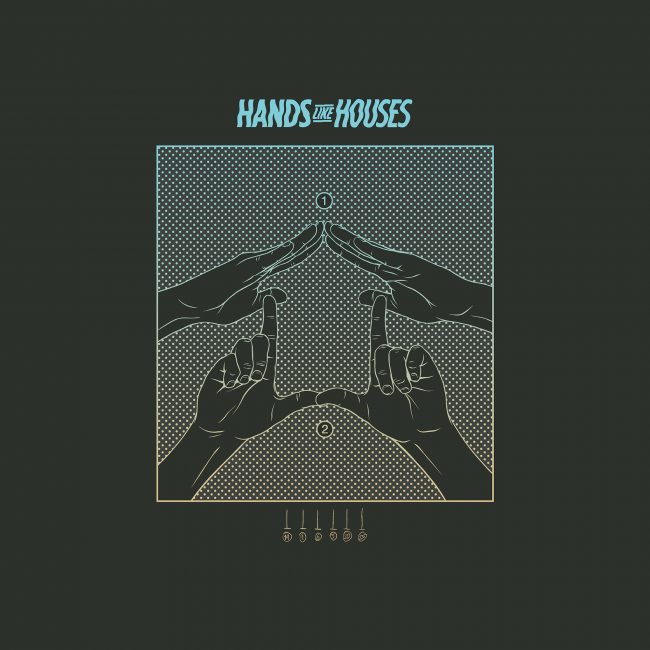 “Don’t make it harder than it has to be. This place was never meant for someone like me. Don’t slow me down, I don’t want it.”

Hands Like Houses’ new self-titled EP is certainly a departure from their metalcore roots. But, listening to this EP in the context of their catalogue, the departure feels less like a betrayal and more like a maturation. Any long-time fan would be able to tell you that the band progressed through two solid albums to hit their absolute peak with Dissonants, an obvious metalcore masterpiece. What does one do after climbing to their artistic summit? They self-reflect.

We saw this self-reflection process begin with Anon. Like a lapidary given unfamiliar gems, HLH began refining their new sound by utilizing their experience. Their new EP is the further purification of this sound. It’s thoughtful and high-energy, while lacking the aggression and tumult found in their earlier albums. This EP, along with all their music, consistently shows the band’s clearest strengths: vocalist Trenton Woodley’s voice, and the band’s songwriting.

“Wired” shines as the tightest song among tightly produced songs. Claps, sparkles, and warbles accent the hooks while vulnerable lyrics dance over a steady drumbeat. My personal favorite, “The Water”, is a vocal-forward melody that highlights Woodley’s strong voice with a ready-to-chant chorus and defiant lyrics. The most divisive song is “Dangerous”. It is raucous in a metalcore-adjacent way that may trigger fans still mourning the loss of the band’s previous sound. It’s a rock bop nonetheless, sure to get the energy pumping in your apartment or the venue.

Buy it, Stream it or Skip it?: Stream it. It’s a fun EP that shows a clear direction the band is heading in. I just can’t justify buying a 5-song EP unless every song is a showstopper. And how rare is that?