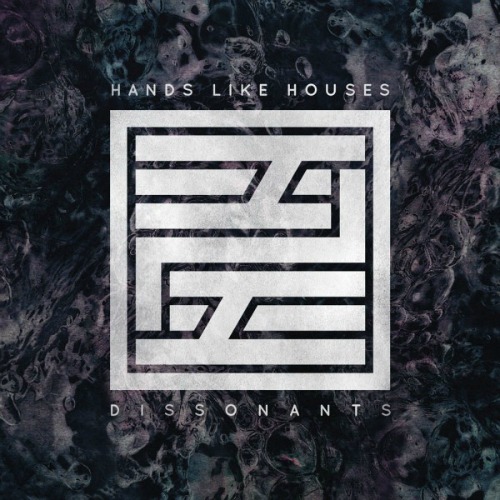 “Between the black and white, naming every shade of grey has left us colourblind.”

Dissonant, by definition, means “clashing” or “inharmonious”, but you won’t find any examples of dissonance on this third full-length from Hands Like Houses. After a long wait, they’ve delivered an album of songs that fit together so perfectly that by the end of the first listen, you’ll be scrambling to hit the replay button. While they’re still the same people who made 2012’s Ground Dweller and 2013’s Unimagine, Dissonants comes across as more sophisticated without sacrificing any of the elements that made Hands Like Houses stand out in the first place: the combination of synths and guitars, the occasional screaming, and earnest lyrics.

Opening track “I Am” was previously released as a single, and it was an excellent choice to re-introduce fans to the Australian band. It’s loud and proud, with Trenton Woodley’s vocals shining over Matt Parkitny’s steady-as-a-heartbeat drumming, delivering an infectious hook that had crowds thrashing during their Warped Tour stint last summer. And if the band’s talent is ever questioned, one listen to “Colourblind” will be enough to sway even the harshest critic–in less capable hands, the song would sound like a disorganized mess but instead, it’s an alternative rock anthem that demands to be listened to at full volume. The rest of the album is equally bold: “Degrees of Separation” is energetic and catchy while “Momentary” (three minutes of emotion and intricate guitars) could have been an Anberlin track during their heyday.

For Hands Like Houses the third time’s the charm; on Dissonants they prove that they’re more than worthy of our attention, and, with any luck, this will be the album that brings them into the spotlight they deserve.

Buy it, Stream it, or Skip it? Buy it! This album is so masterfully done, you’ll want to experience it for yourself.