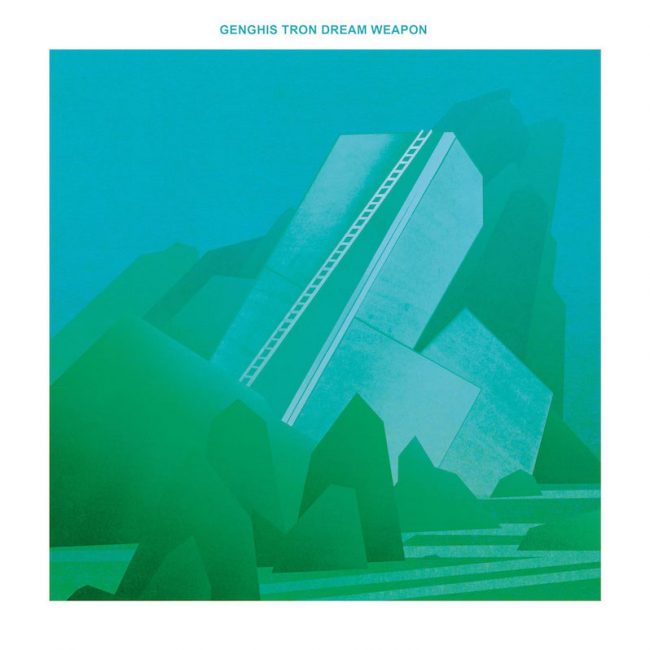 Here’s a brief timeline of being a Genghis Tron fan:

2008: Board Up the House is released. Furiously forward YouTube links for “Endless Teeth” to friends.

June 2020: Relapse announces both albums are getting a vinyl re-release. Could this mean…?

When I first dropped the needle on Dream Weapon, I’m not sure what I was expecting. I’d like to think I had no expectations but, let’s be real, I was worried the album was going to be something masquerading as Genghis Tron, some sort of weird GT cosplay.

Great news: This is still Genghis Tron. It’s a slightly different flavor, sure. But this is still a band that smashes genres, pushes boundaries, and makes some excellent music while doing so.

You’ll notice the differences right away on the first track, “Exit Perfect Mind”. Clean vocals from new vocalist Tony Wolski (from The Armed, a band you should definitely check out) have replaced ex-frontman Mookie Singerman’s guttural death-growls. There’s actually a human drummer, Nick Yacyshyn, instead of a drum machine this time around. It’s still the same band, the same genre, but a different take on the work.

There’s a more comfortable feeling for the old-school fans on “Pyrocene”—it’s more familiar territory, more frenetic drumwork and crashing guitars. You wouldn’t mistake it for a track on Board Up the House, but I get the feeling that’s kind of the point. You don’t get to be a groundbreaking experimental band by sticking to a formula from record to record.

I did my first listen on vinyl, so by the time I flipped the record to side two (“Ritual Circle”), I really started to get what the band was going for. This is a record that knows what came before. It’s honoring the band’s history without trying to recreate it; instead, it’s welcoming you into the next chapter of the band’s evolution. There are enough familiar elements to connect you to the Genghis Tron that was, while the new stuff gets you ready for the Genghis Tron that will be.

For me, this journey from what’s past to what’s next is perfectly embodied in the album’s last track, “Great Mother”. Following the Wisconsin-Death-Trip-style banger “Single Black Point”, “Great Mother” closes out the album with a neat summation that almost says “we’re Genghis Tron and there’s more to come.”

Stream it, Buy it, Skip it?: Buy it. This is one you’re going to want to buy and keep in your collection, whether it be physical or digital, because you’ll want to keep coming back to it.