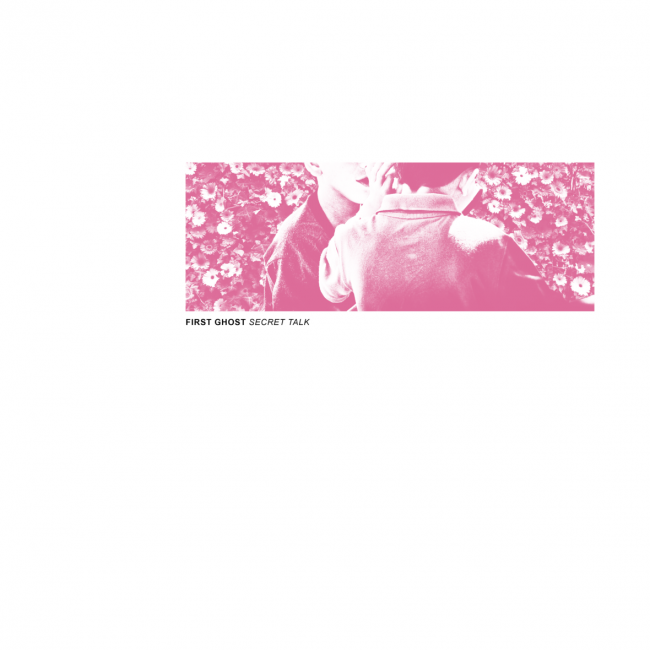 The record quickly boasts drum-led songs that remain soft and feature vague but relatable lyrics like “everything you said /made me let you go”. Other tracks like “If You Want To” better showcase intricate guitar work, which are almost expected in this ever-growing genre as it branches out from punk into more indie and emo. Each song on the album tends to build itself out of softness, especially “Bounded” with its whimsical percussion that make it almost lullaby-like. The EP ends strongly with an effortless instrumental transition creating one longer masterpiece instead of two separate songs.

Secret Talk is hopefully just the beginning for First Ghost. The band’s DIY-style production shows care and authenticity without sacrificing quality; the vocal harmonies on each track make the band unique and irresistible because they add dimension to the band’s simplicity. Fans of Turnover, Lydia, or Moving Mountains will be surprisingly refreshed by this sound that is both familiar and new.

Buy It, Stream It, or Skip It?: Buy It. This band deserves to go places so your support helps them while expanding your music library.