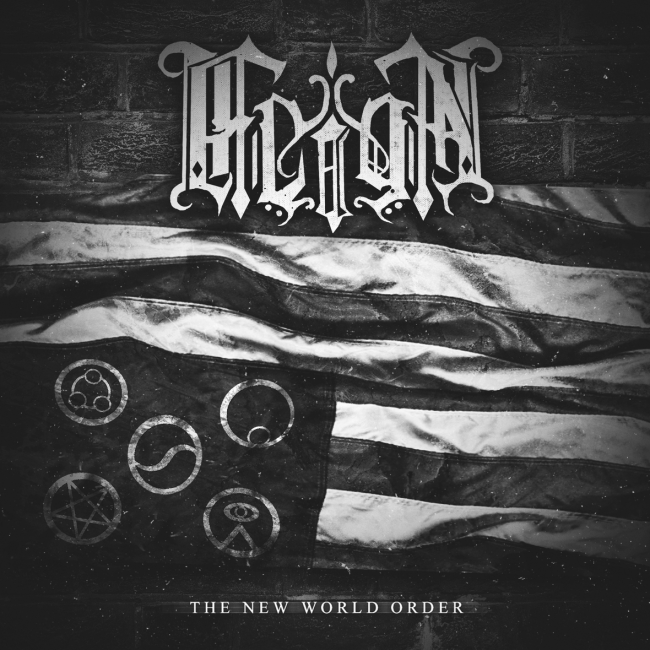 Debut albums, especially debut deathcore albums, can be a bit of a rough listen. Often, the band is still finding itself, aping other bands in the scene until they land on their own definitive sound.

Thankfully, Feign seems to have avoided that particular trap. After working out the kinks with their EP “False Hope” in 2012, Feign comes back hard–seriously hard–with The New World Order.

It’s a bit of a concept album, with spoken-word references to monlithic government, false democracy, and the coming new world order (the quote that opens “Hatriotism”, the album’s first song, is from the 2012 film Killing them Softly–you’re welcome). Whether the album actually carries off the concept is up for debate, but thankfully, the songs are good.

Actually, that’s a bit of an understatement. If you like hard, heavy music–the kind of stuff you play in your earbuds so loud people ten feet away give you a disapproving stare–this is exactly what you’re looking for. Even if you’re not down for the political message the album is bringing, you can enjoy the way the album builds. Each song makes you want to turn up the volume, which is exactly what a solid deathcore album is supposed to do. Standout tracks include “Neverest,” “Fall Behind,” and the album’s closer, “The Less Fortunate,” which seems custom-engineered to chill you back out after the previous nine-track onslaught.

Especially considering it’s a debut album, you really can’t ask for much more than you get with “The New World Order.”

In the end: Buy it. It’s loud, it’s heavy, and it’s produced really well–this is a band you’ll definitely want to hear more of in the future.