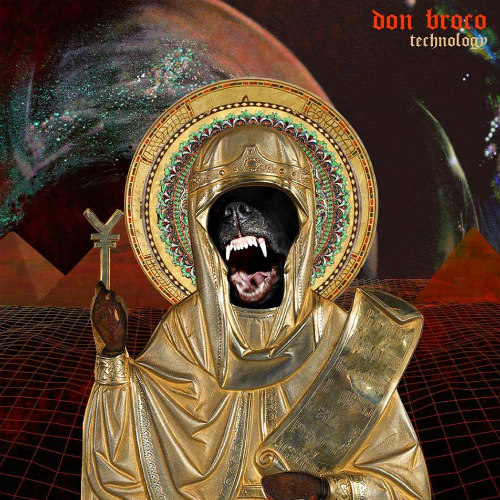 “Pretty things can be evil / Pretty tough to avoid”

When I reviewed Don Broco’s sophomore album, Automatic, back in 2015, I talked about how their mix of genres sets them apart from a lot of other bands. With the release of their third album, Technology, last week, I’m happy to report they still don’t sound like anyone else—and that’s a very good thing.

Once again, the four gents from Bedford, UK combine 80’s-flavored pop with metal and electronics to produce an album that makes you both think and dance. Automatic and 2012’s Priorities tended to be full of party anthems, but Technology veers towards the profound. They take shots at people’s obsession with social media on the explosive title track and suddenly you’re ashamed of how much time you spend on your phone. They wonder how plugged in we really are on “Good Listener” with observations so on point, you’ll be suspicious of every sponsored ad that pops up on your phone. They subtly comment on the cultural effects of Brexit on the final song, “Something to Drink”, driving home for us North American listeners how much their country is changing…and not for the better. Throughout there’s a lyrical maturity which still makes us move. Case in point: Drummer Matt Donnelly takes center stage on  “Come Out to LA” which sarcastically jabs at the music industry and also has one of the most infectious beats I’ve ever heard.

Sonically, Technology has something for everyone. Did you love their heavy early EPs? Skip to “Porkies” and “¥” for a breakdown. Want to flail around a room? I dare you to keep still when the chorus of “T-Shirt Song” kicks in. There’s also quieter moments that allow Don Broco to explore a more sensitive side: In particular,“The Blues”—which reflects the difficulty of trying to talk a friend through a crisis when they’re refusing help—stops you in your tracks with the opening line “I don’t want to be a fake friend”. If the song doesn’t make you want to reach out to someone you haven’t talked to in a long time, just to check up on them, you must not be listening to the words properly. The latter half of the album gives us the closest thing to a ballad, “Got To Be You”, where Rob Damiani laments the progression of a toxic relationship while guitarist Simon Delaney and bassist Tom Doyle provide a funky U2-esque melody.

There are so many different elements throughout Technology that the album shouldn’t make sense but Don Broco rose to the challenge and came out victorious. Not only does each song stand out on its own merit but they work as parts of a cohesive whole.

Buy it, Stream it, or Skip it? Buy it! They’ve already conquered most of UK and Europe; with this new album full of bangers, Don Broco are finally on their way to taking over North America and you’ll want to be there to see it happen.