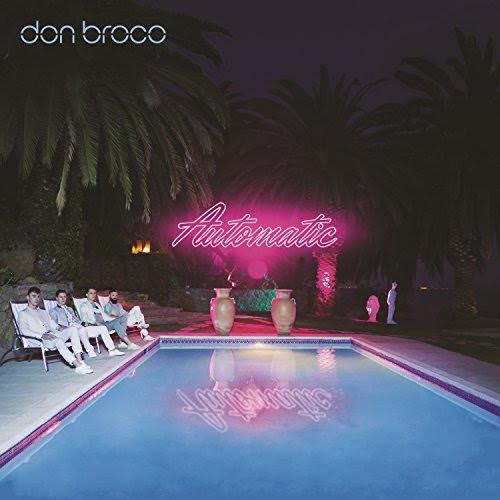 Three years and hundreds of workouts later, the leaders of the Don Broco Push Up Squad are back with their sophomore album, Automatic. Oozing charisma, they throw down dancey jams and just generally seem to be having a good time. In a word? Catchy.

One thing that’s always set Don Broco apart is their mix of genres. Whether it was the nu-metal influence on their original EPs or the alternative rock-meets-pop rock with a pinch of post-hardcore of their first album, 2012’s Priorities, they’ve never shied away from experimenting.

That much hasn’t changed: although more pop-rock than anything else, they incorporate other elements, such as an 80s-esque vibe on “I Got Sick” that will have you bopping around in no time. “What You Do To Me” is threaded with a sleek Spanish-style guitar that makes the track both relaxing and yet impossible to ignore. Vocally, Rob Damiani’s range continues to surprise. With such a deep voice, you wouldn’t expect him to be able to hit the high notes in the chorus of title track “Automatic”, but he does and the effort pays off.

While the lyrics aren’t that much more sophisticated to the “girls and partying” mentality on Priorities, it doesn’t hinder the album’s charm. Don Broco is a party’s dream soundtrack and there’s nothing wrong with that.

In the end: Buy It!  It’s the perfect album to take you from the gym to a party and maybe even a rave.