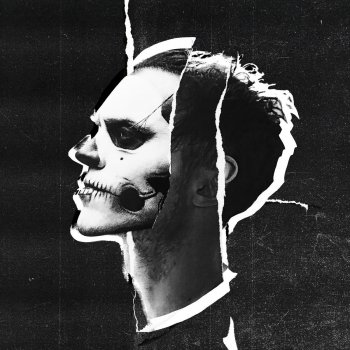 When we told you Bohnes was killing it back when 206: Act I dropped, we meant every word. Now Act II has arrived and it turns out he was just getting started. With the very first track Bohnes proves he’s the master of alt-pop-rock and Act II is about to set your holiday weekend on fire. Opener “Straitjacket” lulls you into a false sense of quiet introspection before exploding into a cinematic mix of screeching guitars and a chorus that’ll make its way under your skin. And that’s fitting because “So Pissed” is up next. The simplicity of this danceable melody is deceptive, this track is all about Bohnes’ sense of self—everything he wants, everything he wants to be.

So much of Act II looks inward, as Bohnes searches for meaning in life, love, and the afterlife. A story unfolds on this album that almost feels like a musical. From the rocked-out-R&B vibes of “Raging on a Sunday” to the bluegrass infused pop of “Coffins”, it’s like hearing an angry young rebel go from ballin’ to falling in love. And you’ll get completely caught up in it.

“Aurora Borealis” is a sweeping synth-filled declaration of love—of those moments when you look up into the night sky and the universe suddenly comes together to make sense. But “Take It Out” sends you crashing back to earth with some fighting words. It’s an anthem for when you’re so angry with your S.O. but all that passion has to go somewhere. Bohnes has got you, babe.

Of course, Bohnes closes out Act II with a heartbreaker. “Flesh and Bone” is wide open regret—like seeing the world for the first time and realizing you never really saw it at all. It’s a banging ballad that rises and falls on a cascade of whoa-ohs and kick drums and pure fever. He may be singing “what tears us apart brings us closer” but you’re going to need closure when the last refrain of the last song fades…

We said it before and this time we’re ready to shout it: Our boy is back and, once again, he’s killing us softly. Prepare to be wooed, wowed, and won over by Bohnes. We love us some him.

Buy it, Stream it, or Skip it?: Are you kidding. Buy it or we’ll come to your house and we’ll be So Pissed you’ll need a couple of Coffins and we’ll need a Straightjacket, after all we’re only Flesh and Bone.