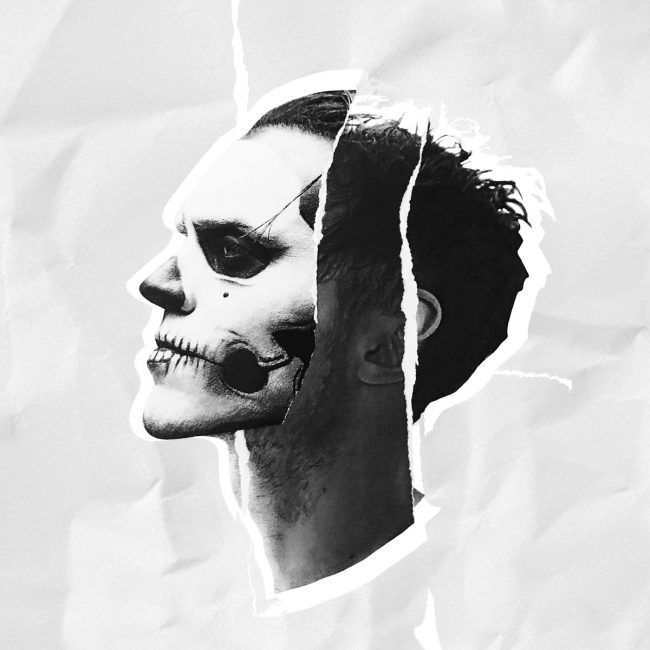 “I wish you the best, I hate you I guess
‘Cause I know that you deserve better than me…”

“I’ma flip the table turn the club into a moshpit”

Gotdamn, Bohnes just made our weekend. We’re not talking hype when we say he’s killing it on his brand new release, 206: Act I. There are zero low points on this album. Not one. The former The Cab frontman has eight tracks, no skips, and perpetual replays in store for you.

The minute you hit play on “12 Rounds” put your fists up and get ready for a fight—Alexander DeLeon doesn’t just write music, he writes soundtracks to your life, fitting of a cult action movie. The entire album has a theme of defying death, starting with “12 Rounds” and continuing through “Six Feet Under” with its dance undertones, straight into the R&B infused “Zombie Love”. And it’s so good. You don’t know whether to rock out or start a rebellion in the streets. Maybe both. Bohnes unleashes DeLeon’s formidable songwriting talent and musical creativity, bouncing between dance, pop, and rock and making it look damn stylish while he does it.

By the time “Moshpit” rolls around, you’re primed to set the world on fire because you’ve got all the energy you need. That’s just what Bohnes does—206 is a shot of adrenaline straight into your bloodstream and it’s gonna wake the scene the F up.

But DeLeon isn’t done with you yet. He goes for your heart, closing 206 out, with the ballad “Better Than Me”. The harmonies echo in a chorus that’s so achingly real you can’t help but connect. He’s saying goodbye to a love he doesn’t think he deserves and we’ve all felt just the same. The range of emotion is so purely communicated you’re completely pulled in.

206: Act I is everything alt-pop-rock is meant to be. Which is why we can’t say goodbye to this album—time to go back to the start and do it all again.

Stream it, Buy it, or Skip it: What do you mean you haven’t bought it yet? Get that!