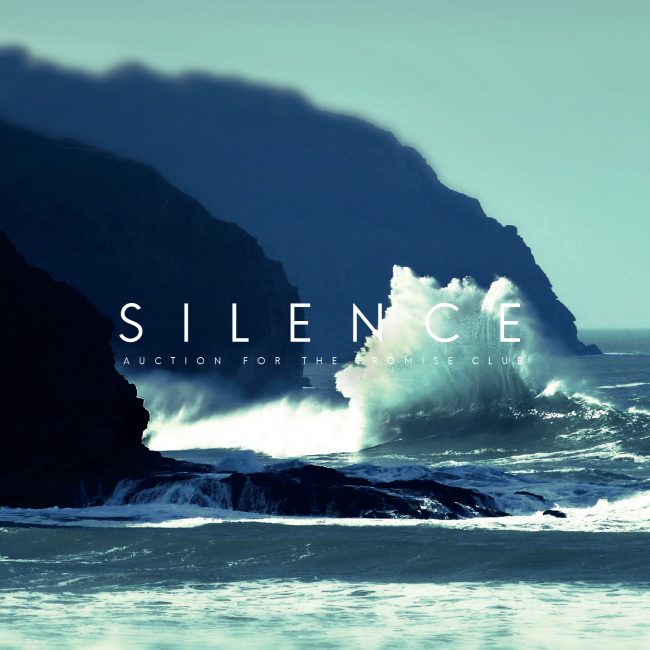 If “grunge-pop” is a genre, that’s what you could call Auction For the Promise Club’s debut full-length, Silence, but this brand of music is too complex to label. Hailing from Cornwall, the trio—made up of siblings Zoe and Toby White Chambers, and Perran Tremewan—are both like and unlike anything you’ve heard before. There are so many layered elements, it takes time (and multiple listens) to really pick it apart, but you’ll be glad you did.

Singer Zoe has an ethereal voice, whether she’s wailing “where do we go” on the opening track “Silence” or rhapsodizing in the closing song “Mexico”. In between, there are boppy entries like “Cut So Close” that could have been produced by a member of an all-female punk band in the seventies, and their first single, “Moonlight”, which starts off slow before exploding into a rollicking wave. The midway point—“Ghost”—feels like early Muse meets PVRIS and if that combination doesn’t leave you equal parts intrigued and excited, I don’t know what will.

There are elements that carry over between tracks, like Zoe’s voice, Toby’s steady percussion and Tremewan’s consistently solid guitar riffs, but Auction For the Promise Club manages to change their sound on a song-by-song basis. And somehow, it all works together to create one mostly cohesive piece. With a total of twelve tracks, this isn’t an album to be ingested in one shot and then forgotten about. You have to digest it slowly, savouring each song as a separate entity. Pace yourself; the latter half of Silence has some of the stronger offerings—for example the rock ‘n’ roll flavored “Isn’t It Enough” and the vulnerable but energetic “Instincts”—but before those it’s easy to get distracted by the first few songs and lose track of the rest of the album.

Buy It, Stream It, or Skip It? Stream It! Auction For the Promise Club is young and talented, and since they’re already making waves in the UK, it’s only a matter of time before they make their way to North America.