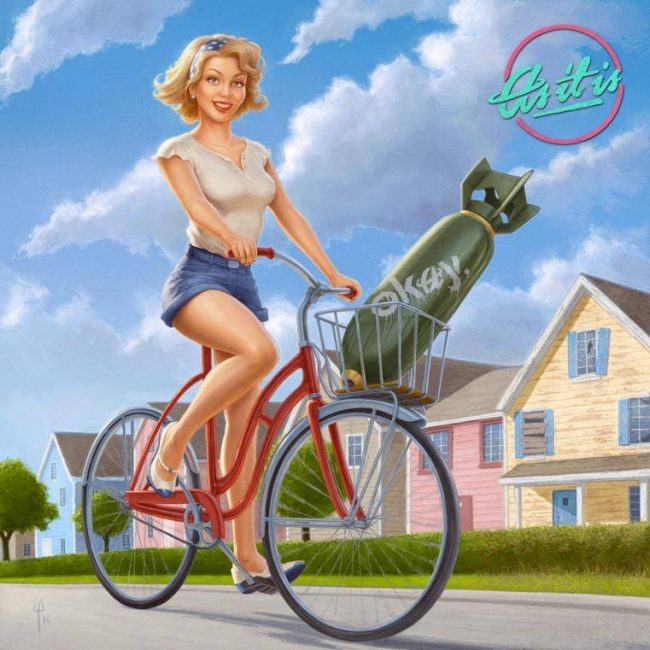 Following their 2015 debut, Never Happy, Ever After, I initially thought that As It Is might have a tough time with their sophomore release to rival it. But boy, I was proved wrong with okay. The album as a whole is not only cohesive and multi-faceted, but also delves into the reality of mental health. At times it feels just as raw and intense as the subject matter, yet As It Is doesn’t lose touch with their signature sound of emphasizing the “pop” in “pop punk.”

The album starts out strong with “Pretty Little Distance,” with its contagious guitar riffs that will get you hooked instantly and lyrics you won’t be able to resist singing along to. Without a doubt, this is an anthem that will pump up crowds. Having seen As It Is live, I can personally attest to the band’s ability to hype up tired Warped Tour-goers after a long day, and this song embodies that feeling entirely.

The title track comes up next, and represents the album with organic lyrics that can speak to anyone’s psyche like, “I don’t know if I’ve been worse / I don’t know if I can change / But right now, I don’t think I’m okay.” As It Is makes it clear that they’re not afraid to dive right into difficult feelings that everyone’s felt at least at some point in their lives, yet remains as something taboo to talk about.

The rest of the album follows similarly, feeling somewhat formulaic at times, but the band is so good at pulling it off, it’s more than okay. But “No Way Out” stands out from the rest of “okay.” with a departure from that formula, demonstrated through more aggressive, edgier lyrics that are spoken and screamed, and a faster pace that will get your heart racing.

It’s hard not to fall in love with the juxtaposition of emotionally-heightened lyrics that feel like a heart-to-heart conversation in a parked car and the upbeat, feel-good instrumentals that the band has created. With this release, As It Is has solidified the sound that will make them one of the biggest names in pop punk this year.

Buy it, Stream it, or Skip it: Buy it; okay. is the album that you won’t be able to resist playing over and over again.