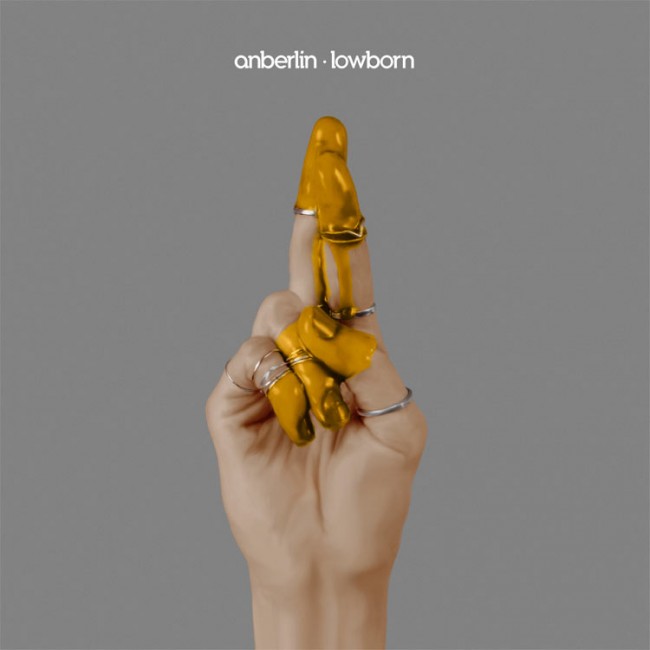 Today is a day for mourning. Anberlin’s seventh and final album, lowborn, is here, and it’s bringing with it a sense of closure. On the scale of band breakups, Anberlin have managed their split with perfect grace–there’s a sense of coming full circle, even having lowborn released on Tooth & Nail, the band’s first ever record label. The album brings together the best elements of Anberlin and all the influences of each member–you can hear in every note they’re at peace with their decision. So, not only is today a day of mourning, but today is also a day of celebration for a band who have been such a presence in the scene for 12 years, and for the fact they’re going out on a high note with an album so impressive it will be remembered for years to come.

Setting the album off with a bang is “We Are Destroyer”. Anberlin are determined to go out in style, and this song sets the bar very high for the rest of the album. Suspense-laden riffs explode into choruses so huge you’ll want to run to the beat like you’re in your very own action movie. This isn’t an album to relax to, it’s an album to put you on edge, to make the hairs on the back of your neck stand up. lowborn manages to achieve what many albums these days don’t: it really makes you feel something. Just to prove that point, “Atonement” hits halfway through the album. If you weren’t sad already, this will bring out the tissues in the form of a real emo ballad so trademark of the band. The song is an open letter to Anberlin’s fans and attempts to help everyone come to terms with their breakup, but, most importantly, it instils a sense of hope that Anberlin will live on through the band members’ individual ventures.

Vocalist Stephen Christian says, “I know there are going to be a lot of questions as to why we decided to break up and I explain it all in the song ‘Atonement’.” The warm synths and echoing vocals are topped off by an ethereal, winding solo, making it a classic Anberlin track, and the heartbreaking honesty simply makes it more poignant.

But just because this is goodbye doesn’t mean Anberlin haven’t got a few last tricks up their sleeve. Completely unexpectedly, “Dissenter” comes crashing into the sea of melancholy in a mess of screaming, scratchy riffs, and heavy beats. There’s enough static here to get you out of your head for a few minutes, even if this is different from the rest of album, so give in and rock out.

There’s something for everyone on lowborn, so it feels right being their final release–they’re tying up all the loose ends to create a picture perfect legacy. And to finish this process, “Harbinger” draws the album–and their career–to a haunting close. Christian says of the song, “I want to make sure that the our fans and friends know that we will always remember them, and the moments spent with them were some of the greatest of my entire life.” Pulling you deeper into a state of pure melancholy, “Harbinger” comes complete with distant repetitive vocals and drums reminiscent of a fading heartbeat, that will make your chest ache. The band chants, “We’ll live forever,” reminding us that even though Anberlin are moving on they’ve given the world one last gift with lowborn, and their music will continue to live on through us all.

Buy it, Stream it, or Skip it? I only made it halfway through this album before I rushed off to buy tickets to their last show. Definitely buy it!