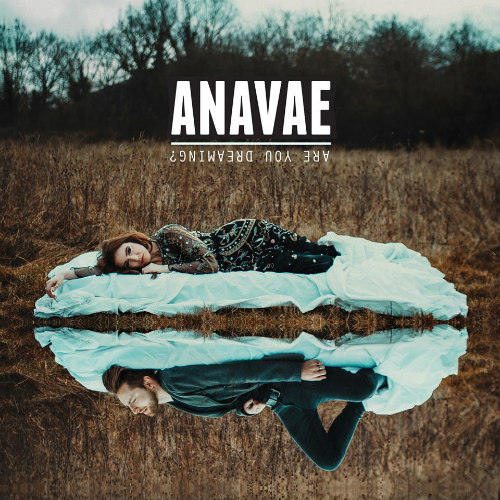 “We’re never looking back ‘cause you’re the same”

It’s a magical feeling when you find an album that begs you to hit replay as soon as the last song finishes. That’s how I felt with Are You Dreaming, the latest EP from alt-rock duo Anavae.

There are only five songs but the London-based band—vocalist Rebecca Need-Menear and guitarist Jamie Finch—deliver a tight twenty minutes starting with a booming Tonight Alive-esque opener, “All or Nothing”, and ending with the melancholic “Lose Your Love”. Most of the tracks fall neatly into that delicious place between rock and electronic; “Forever Dancing” is as good as its name—you can’t listen to it without at least bopping around to the hypnotic beat. The following song, “Are We Alone?” is just as infectious and I can picture Anavae rocking the roof off a stadium with that sing-along ready chorus.

Despite being a band of only two people, Anavae has a huge amount of talent. Need-Menear’s voice is gorgeous—there are some notes she hits, particularly on “Stay”, that might cause lesser vocalists to stumble but she comes across as polished without feeling over-produced. Whether you’re a new fan or have been following them since they first stepped onto the scene in 2011, Anavae makes its easy for you to fall into their new EP. It’s a bit of a shock when it ends. As the last song fades out, the only question on your lips will be: When are they going to release a full-length album so that we get more than twenty minutes of new material at a time?

Buy it, Stream it, or Skip it? Buy it! Anavae is criminally underrated and it’s about time they start getting the recognition and respect they deserve.