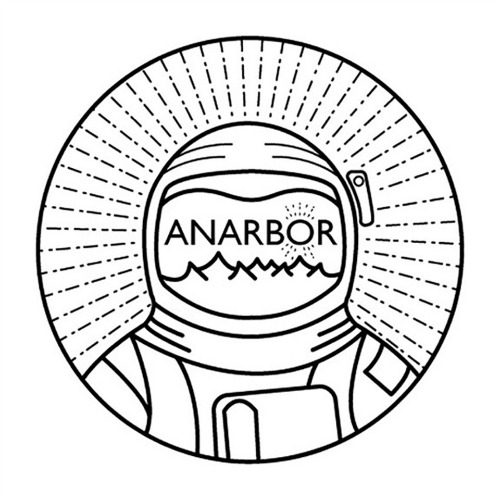 “There’s always sadness in your face, have all the things you’ve loved faded out and burned away?”

Three years and an almost-but-not-quite hiatus later, Anarbor is back with a self-titled album that could soundtrack your end-of-summer parties.

Back in 2010, the Arizona band let the games begin when they released their debut, The Words You Don’t Swallow. Sonically, they haven’t changed much from their first EPs: they’re still all about heavy guitar riffs and the type of drumming that turns you into a human bobble head. They might not have the most complicated lyrics—and a lot of their songs revolve around girl troubles—but they’re still so fun. This new album is no exception: from the opening lines of “Freaking Out”—“You only drink when you’re lonely, was it something that I said?”—I’m immediately taken back to seeing them at Warped in 2013, right before the release of their sophomore album, Burnout.

The highlight of the album comes five songs in with “Paint This Town” which has a repeated chorus that seems to call back to one of their first songs, “You and I”; whether or not it’s intentional, it’s an addictive pop rock jam. A lot of the tracks seem a little slower than usual, but they’re still very Anarbor; part of that is due to Slade Echeverria’s distinctive voice and the laid back vibe they’ve always had. There also seems to be a 90s pop influence throughout the entire album: songs like “Already Dead” and “If You Sing” sound like they could be in the background of a sad montage in a late 90s teen movie. And as someone who is a sucker for those kind of movies, I love how cheesy these songs are.

Even though the other tracks are decent and the band is consistently good, after three years away, I expected a noticeable change in sound. Maybe they felt like they waited too long to release new music and so they played it safe by creating an album that fits in with the rest of their discography but doesn’t stand out. In any case, I’m just glad Anarbor is back.

Buy it, Stream it, or Skip it? If you’re a completist like me, you’ll want to add it to your collection, but you might prefer to Stream It in the background the next time you’re sitting on the patio with your friends.