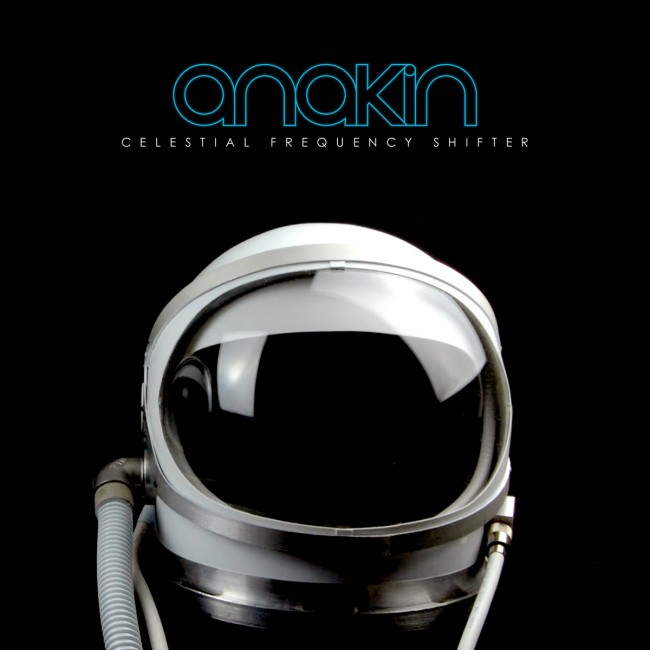 “It’s a brand new start to the perfect part we’ve been hoping for.”

Hark. The name of one of the most loathed characters in sci-fi cinematic history (for various reasons) has given us a new gift: a band. While it’s quite peculiar to name your band after a young Darth Vader, it actually makes sense in this case.

New to the band, my interest was piqued up when I learned that a Star Wars-inspired emotional rock band had signed to rising independent label No Sleep Records. On Anakin’s new album, Celestial Frequency Shifter, the band combines their love of 90’s alternative music with allusions to space and technology to compose something incredibly unique in their genre. What’s most impressive is that Anakin has managed to do all of this without coming off as tacky. While the lyrics are written from a personal standpoint, if Star Wars were ever converted into a rock opera, this would be the soundtrack.

Opener “Astro[not]” sonically ejects us into the great expanse of space with Jonathan Wessel’s airy vocals, grungy guitar chords, and a playful synthesizer riff. In an interview, drummer and songwriter Brad Chancellor said that if he could buy just one song, it would be “Today” by Smashing Pumpkins, and you can hear that quintessential 90’s song mirrored throughout this record. “Lucidity” begins with a poppy melodic guitar line intertwined with synths and Wessel cranking up the Billy Corgan-resemblance even more by singing in a higher range.

Chancellor’s subtle storytelling is what truly shines on the album, paying homage to his love of sci-fi, especially the beloved series his band is named after. The murky vocal layers on “Lucidity” repeating “Don’t leave this dream” under the lead vocal singing “Say goodnight / Say goodbye,” forming a haunting duet of that pivotal scene in Episode III when Padme asks Anakin to run away with her and he strangles her in return. And in “Ctrl.Alt.Del.,” Chancellor somehow drops the infamous line “These aren’t the droids you’ve been looking for” without feeling gimmicky at all.

While appreciation of this record is mainly due to the overload of understated references to my favorite movie series, that’s not to say that the laypeople won’t enjoy it as well. The best song on the record is “Sunbeam.” Boasting the record’s strongest chorus, the song feels like a literal ray of light breaking through the thick clouds that “Protostar” yielded. When Wessel sings “Every dream we’d ever wanted / Came true because of you,” it sounds like he’s speaking directly to me. I connected every other song to the movies, but “Sunbeam” is blatantly Anakin the band, not Anakin the character, in the best way possible.

Celestial Frequency Shifter is a smart, well-written rock record about space – proof that you can completely nerd out over your passions and still be taken seriously. In all my years of scouring music blogs for new music, I’ve never heard of anything like Anakin. With something as infinite as the universe as their guide, it would have been nice to see the band experiment more with melodies and instrumentation. The musicianship, especially the writing, is incredibly promising, however, and I’m excited to see where Anakin will take us next time.

Buy It, Skip It, Stream It: Stream it whenever you feel like testing your blood for Midi-chlorians.