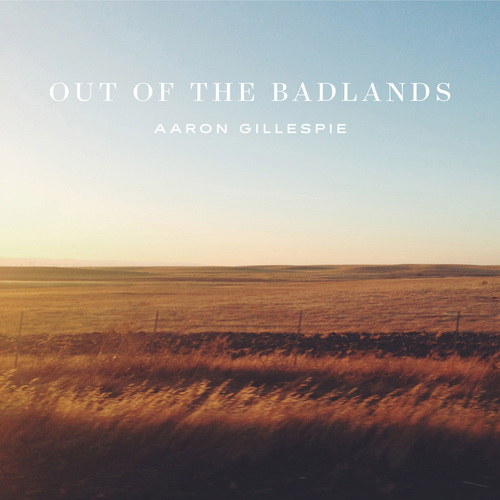 Out of the Badlands

Playing records and singing songs / Begging the crowd to sing along

From Underoath to The Almost, Aaron Gillespie has been part of the alternative music scene for nearly two decades. Now, with Out of the Badlands, he’s ready to forge a new path by going solo and experimenting with a softer sound.

The album—recorded and produced by Gillespie in his own Salt Lake City recording studio—blends songs from across his career. There are acoustic reworkings of old favorites, including a much more dulcet (i.e. less screamy) version of Underoath’s “A Boy Brushed Red Living in Black and White”, and a take on The Almost’s “Southern Weather”, each one held up by Gillespie’s distinctive vocals. Despite the differences in the songs’ origins and the years that have passed since they were first put out into the world (the Underoath songs are from their 2004 release, They’re Only Chasing Safety, while Gillespie’s original song, “Raspberry Layer Cake” came out last year), he manages to rework each tune so that it all flows together cohesively.

With such a long career to choose from, Badlands holds something for everyone, whether you’ve been a fan for fifteen years or fifteen minutes. But the highlight for me, as a connoisseur of covers, is his effort at the classic U2 song, “Where the Streets Have No Name”. It’s beautifully done, and while it can be odd to hear these words in a voice that is decidedly not Bono’s, it’s still powerful.

I keep using the word “mellow” to describe it, but that’s the best word to encompass Out of the Badlands: it’s smooth and pleasant, and, while he was going through a tough time during the recording process (having just come out of a divorce), Gillespie conveys his feelings without weighing the songs down, making you feel like you experience a catharsis right along with him.

Buy it, Stream it, or Skip it? Buy it! If you’ve ever been an Aaron Gillespie fan, you’ll want to have a copy of this sweet acoustic compilation in your possession.