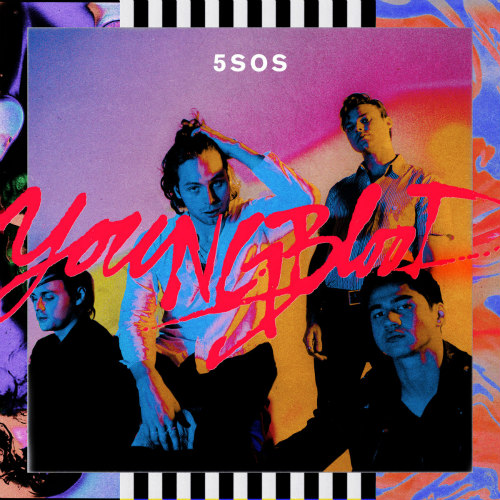 About a minute into their third album it’s obvious that 5 Seconds of Summer has grown up—and Youngblood is something to be celebrated.

When the Australian quartet first burst onto the scene in 2011 with “She Looks So Perfect” their fans were mostly pre-teens (just graduating from the One Direction fandom). Seven years later, their fans are older and so are they—and it shows. Yeah, some of the best songs on the album are still about girls and relationships including the show-stopping single “Want You Back”, the funky “Empty Wallets”, and the sultry “Valentine”. But there’s a maturity to these songs that take them beyond some of the more trite offerings of their musical past (I’m looking at you, “Money”). This third album sees 5SOS fully embrace the pop world while introducing elements of R&B on songs like “Moving Along” and a splash of the eighties in “Talk Fast”, which is reminiscent of The Police’s “Don’t Stand So Close to Me”.

In between odes to girls 5SOS offers their thoughts on their fast track to fame. Songs like “More” and “Woke Up in Japan” reflect the effects of living in the spotlight while in your late teens—but keep in mind that the band members are all still under the age of 25 so they have a lot more to experience. While you can hear traces of their pop-punk origins on their more angsty tracks like “Why Won’t You Love Me” and album closer “Ghost of You” they’re not afraid to develop their sound and it seems to be working for them. Youngblood is an album full of power pop jams that are ready to soundtrack your summer…and your fall…and maybe your winter too.

Buy it, Stream it, or Skip it? Buy it! Everytime I listen to it, I find a new favorite song that makes me want to dance…I think it’s safe to say you’ll love the whole thing too.