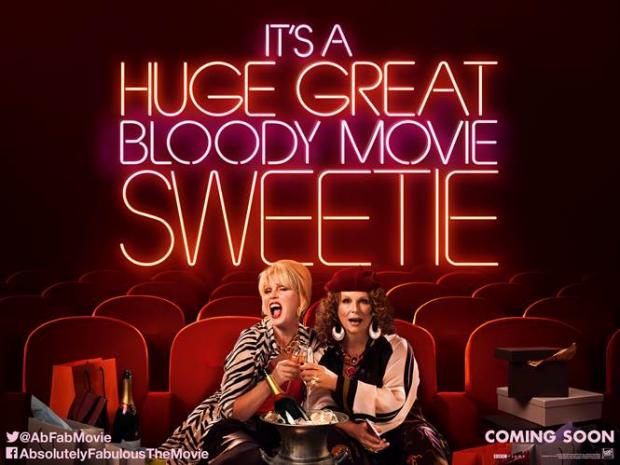 Basically: A longer, raunchier version of the TV series—featuring enough celebrities cameos to trick out an award show audience.

If you’re looking for a detailed examination of the acting, the writing, or the cinematography in Absolutely Fabulous: The Movie, then you don’t know much about this series, darling! 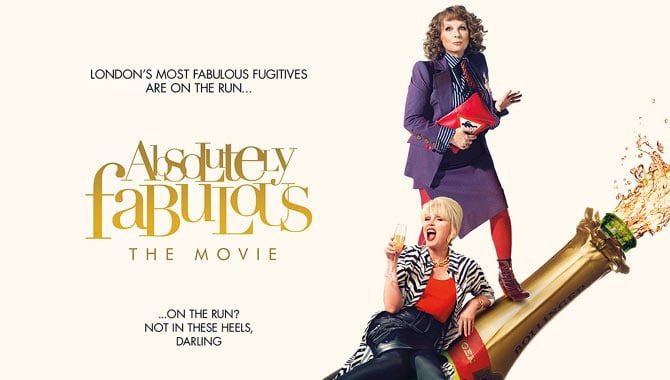 Not that you need to be familiar; the ladies of Ab Fab are just as shockingly hilarious even when you’re meeting them for the first time. So let’s keep it simple. Absolutely Fabulous: The Movie is a longer, raunchier version of the TV series—featuring enough celebrities cameos to trick out an award show audience. Even Perez Hilton makes an appearance, along with The Vicar of Dibley, and Baby Spice. If you’re a fashion lover you’ll have an especially good time shouting out the names of all the designers while getting shushed by the cute gay couple in the matching salmon colored shorts behind you. Designer Stella McCartney reprises her role with deeper disdain for leading character Edie, which continues the long standing gag of Stella using any means necessary to keep Edie out of her shop. A particularly random cameo comes when Jean Paul Gaultier shows up with…a metal detector. Yup.

So what’s the movie all about? Edie (Jennifer Saunders), a publicist who’s lost her shine, and her best friend Patsy (Joanna Lumley), a fashion editor whose blood alcohol level is 90 proof, come up with a harebrained scheme to get Kate Moss as Edie’s new client. And then they kill Kate Moss.

Don’t get upset. That’s not a spoiler because everyone knows that part. What you don’t know is: when, where, or how fantastically wacky it all goes to shit. This movie is the Russian nesting dolls of harebrained schemes. Edie and Patsy are the most throughly fashion forward and completely sexually liberated fugitives from the law you’ll ever see.

It’s delightful. In fact, there’s only one moment when the movie goes foul, and that’s in an insensitive trans joke that implies Patsy looks like a man. Misstep. Now back to the runway, whether you’re a fan of the series, fashion, British celebrities, or absurdist humor with a womanly gaze, you’re going to giggle throughout the 1hr 30 minute runtime.

In the end: See it in the theaters if you’re planning a girls/gays night-out or if you’re a fan of the original, otherwise save it for a future Netflix & Wine night, sweetie!