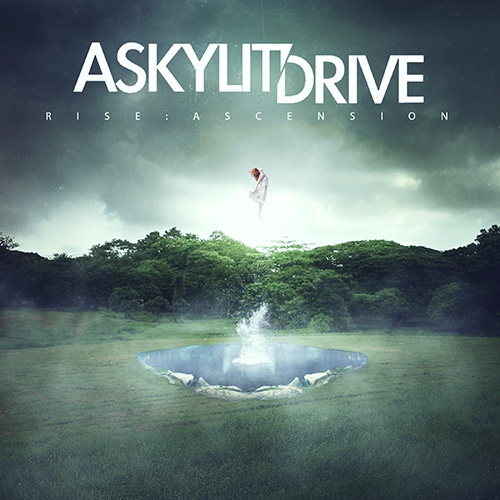 Mentioning the name A Skylit Drive to anyone in this corner of the music industry is almost always met with familiarity; there aren’t many people who haven’t heard of the Lodi, California band at least once or twice. They’ve become well established, and well loved, since their 2005 formation thanks to their ability to appeal to a vast variety of hard-rocking music lovers. This support has seen them through four full-lengths, the latest of which, Rise, was so acclaimed that the band decided to do it again – with more acoustic complementing bells, and fewer mosh-worthy whistles.

The earliest moments of the tracklist easily blend together, leading up to the introduction of “Rise.” The original album’s title track sticks to the path set forward by the preceding songs, only with a new element that takes it into fresh territory: a sense of urgency. From its opening notes, the track is powerful, leaving a trace of tension in your bloodstream. A harder edge works its way into vocalist Michael Jagmin’s smooth delivery, reminding you that A Skylit Drive are, in fact, a post hardcore band.

Kicking off slowly and picking up pace as it becomes a tambourine-tinged, backing vocal-laden track, “Pendulum” takes the stage. It might cross into the territory of boy band love songs, if it weren’t for the return of the intense edge from “Rise.” It’s climactic, leaving you to form an epic plotline in your head as its sweet yet fervent notes play out.

The heaviest track offered comes in the form of “Dreaming In Blue.” Although still acoustic, it’s quick, and feels like the most solid song you’ve heard on the collection. This is one that could stand on its own as a bonus track on a typical A Skylit Drive release, or perhaps as a single. With an aggressive edge to his voice, Jagmin seems to have a slight vendetta against the mic, while well timed “woah oh’s” keep the track undeniably catchy.

As Rise: Ascension wraps up, you won’t be dying for A Skylit Drive to become a full time pop rock act, but the band accomplishes the job set before themselves with stunning ease. It’s a good companion to its original form, and one you’ll enjoy breaking out every now and then.

Buy it, stream it, or skip it? Stream it, or catch it blasting through the speakers at your local Hot Topic.