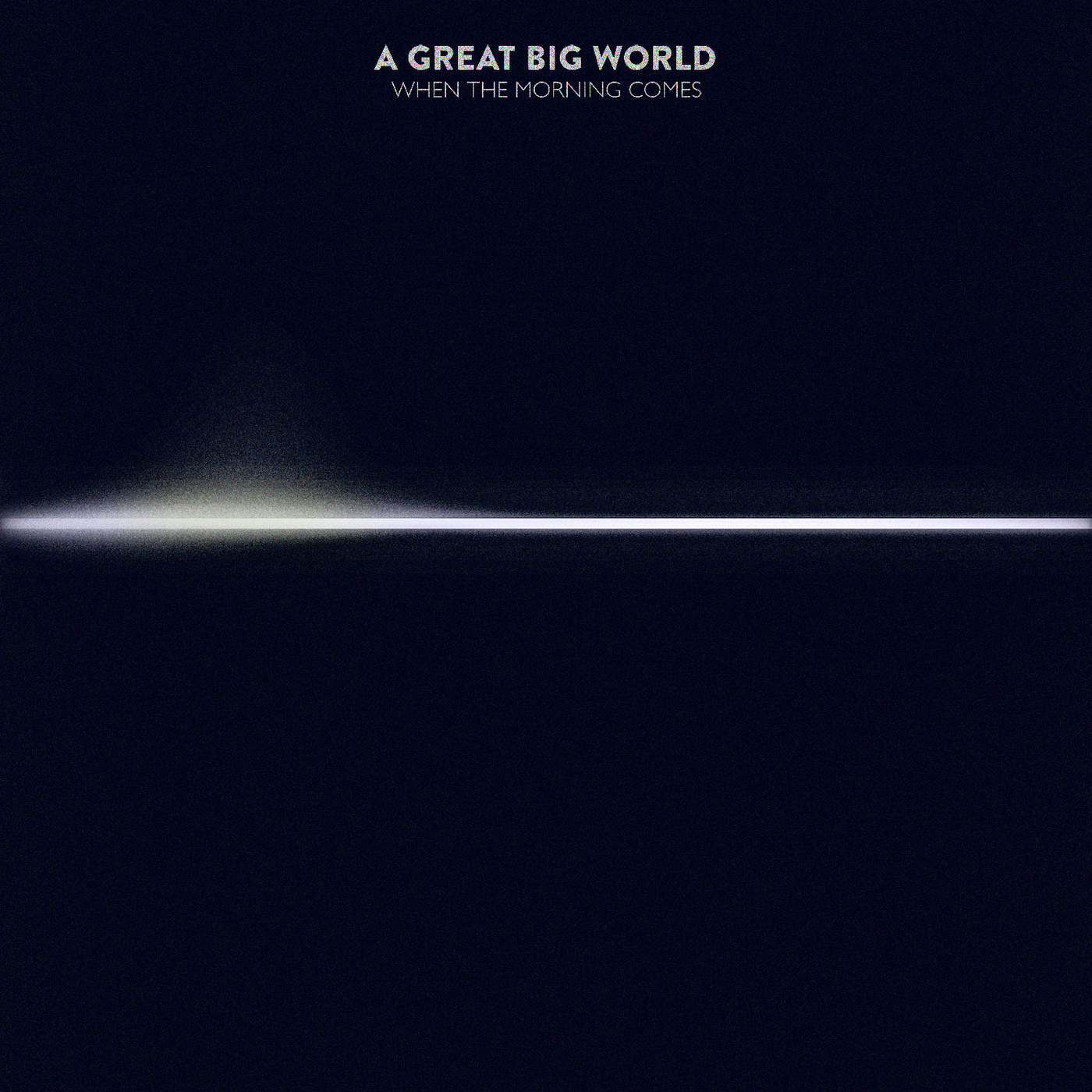 If this is what the morning sounds like when it comes, then we’re officially morning people. With A Great Big World’s sophomore release, When The Morning Comes, expect your day to get a whole lot brighter from the moment you hit play. “Hope, you’re just a name that I hold close” opens the album, and hope is the fundamental theme throughout–every note, every word, every facet of this album is illuminated by the light of hope.

Seriously, did we mention: Prepare to get happy with this record? Even with the slower, sadder songs like “Where Does The Time Go”, there’s still a feeling of reassurance that it’s okay to be down every once in awhile, it gets better. The album moves seamlessly between piano-led indie and pop, to the slightly theatrical charm on “End Of The World”, to the bouncy synth-fueled beats on “Hold Each Other” that make it the ultimate city-exploring companion song. And how could anything not be okay, when A Great Big World sounds like the musical lovechild of Two Door Cinema Club and Bleachers? Their music has achieved the seemingly impossible: it has a sound so panoramic you can almost hear a stadium crowd surrounding you (and we promise you’ll be singing along), yet at the same time the recording is so clean-cut and intimate you’ll feel like you’re sitting right next to them. You don’t get that very often. And you know what? That gives us hope.

Buy it, stream it, or skip it? Buy it. You’re going to want this record by your side everywhere you go, because you never know when you might need a pick-me-up.