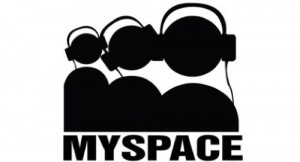 Earlier this week, it was made official: Myspace Music has officially bought out idobi.   While many rumors are swarming around Myspace, it has decided to expand its empire and presence on the internet.   Newscorp currently owns Myspace and its affiliates, and is run by billionaire Rupert Murdoch.

There will be no change to the website, although there has been a discussion of possibly adding a social networking aspect.   There are plans to integrate idobi into a re-launched imeem social media meets streaming audio conglomeration.   Idobi will currently continue to operate independently and none of the scheduling will be interrupted.   Look forward to a better product and a more polished channel in the very near future.

In a recent meeting between Murdoch and idobi president Tom Cheney, Cheney stated “I started idobi for one reason, to entertain the masses, and I never thought I would be selling it.”   Cheney revealed to his staff that he received 5 million dollars in the deal and that we would all receive no bonuses.   Continue to log into www.idobi.com for all your alternative music needs.   Tom Cheney will assume control as the president of this new, as of yet unnamed, website and service.