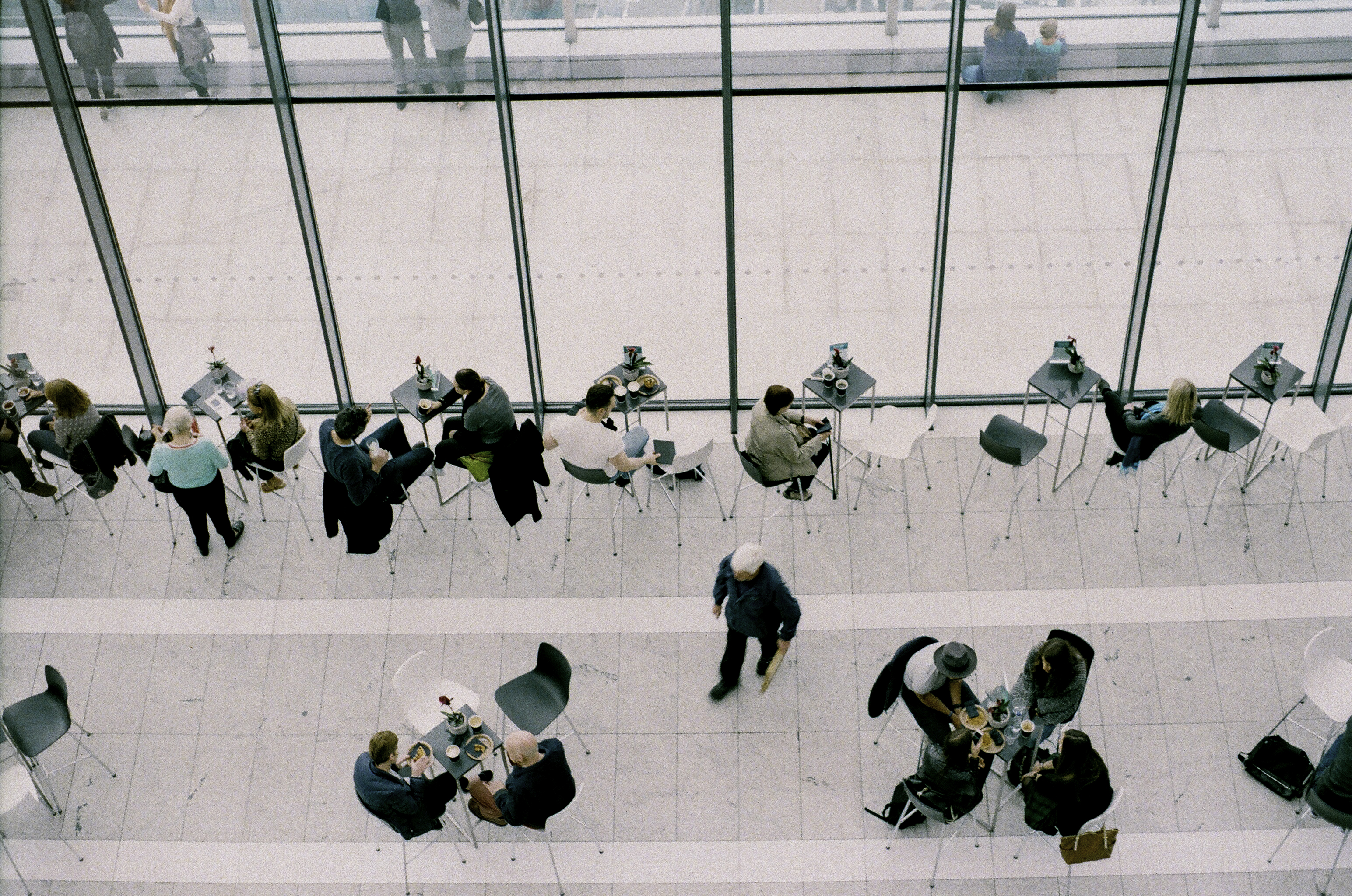 They never notice you. You walk the halls in an invisibility cloak. You make eye contact. Sometimes they sneer, sometimes they look away, but every now and then someone smiles back…then they’re gone—passing you by on the way to class, to the soccer field, to a life that doesn’t include you. One day you’re in the cafeteria. The screech of chairs and the beat of feet is a cacophony you need to drown out. You plug your speaker into your phone, hit play, jump up on the table, and do the damn thing. You dance like nobody’s watching, but everybody is. They’ll never ignore you again. You’re you. You’re major. You’re unforgettable. And when you look over at the next table: You’re not alone. This is your Inbox Jukebox:
—

The Millenium’s new record But Do We Ever Ask Ourselves? came out last week and we here at idobi haven’t stopped spinning it since. So we’re inviting you to join us: the album’s opener “Wild Again” is a rush of love at first listen, and will have you riding a high of gorgeous hook-filled synths and pure emotion.

With “Swirl” I M U R (I am you are) conjures up an emotive tune perfect to underscore high school insecurities and awakening attraction. Immediately reminiscent of early Little Dragon you’ll want to listen to these dreamy beats twice x 100. Stay tuned for their new album Little Death out March 24!

We need to talk about Civil Youth. With a new album on the horizon, the band has chosen to pay their “Dark Debts” with a haunted vision of tea parties and playing telephone. Just like in any childhood nightmare, some scary sh!t pops off, and in an era when Linkin Park is making pop tunes (we’re here for that) it’s good to press play on alt-rock-rap-rage. And when it comes to talking about  Conversations, the new album, lead singer Mike Kepko says it better than we could:

“Lying in the back of our van one tour, the windows start to fog. Everyone is asleep besides me [Mike]. I sit up to realize there has been a word written in the fog against the windows. I squint, but everything is a blur. The next thing I realize there’s demons surrounding the van. Face to face we stare at each other. “What do you want?” Before an answer comes, the faces start to morph and I’m staring at myself. I scream to leave, but I only hear laughter. The word written in the fog is “Conversations.” The demons vanish and I’m sitting up, heavily breathing. I try to go back to sleep, but I’m lying awake as the sound of footsteps circle my ears. That night we begin writing a new record. An era that describes conversations we’ve had with our past & future selves. People we wish we were, or people we want to be. This highly-anticipated, 3rd full length album is an intense and driven fusion of rock, rap, & electronic music encompassed into one unique album. Recorded with the energy of the house we grew up in, the spirit of our past selves lives within the music. We proudly present, Conversations.”

KNIFEY wants to bring you the ultimate California experience, complete with surf-punk riffs, beach vibes and eternal sunshine, and even those pesky tanlines no amount of SPF 50 can prevent. Close your eyes (close your eyes, close your eyes!), and let this track take you away on a free vacation.

Save this song for those long drives where you need quiet to accompany the peaceful stillness of the night. A new addition to The Window Room Part 2; Lost in a Dream, a reimagined and stripped down version of Secret Space’s debut album, “Safety Not Guaranteed” will soothe and provide solace when you need it most.

The Traditional – “She Don’t Know”

We could all use a little emo in our lives—and The Traditional have got you covered. Their new EP The Queen of Heaven is officially out today, so get a taste of the release with “She Don’t Know”. The second you hit play you’ll be swept up in a torrent of brooding lyrics set to a melancholy and hard-hitting beat.