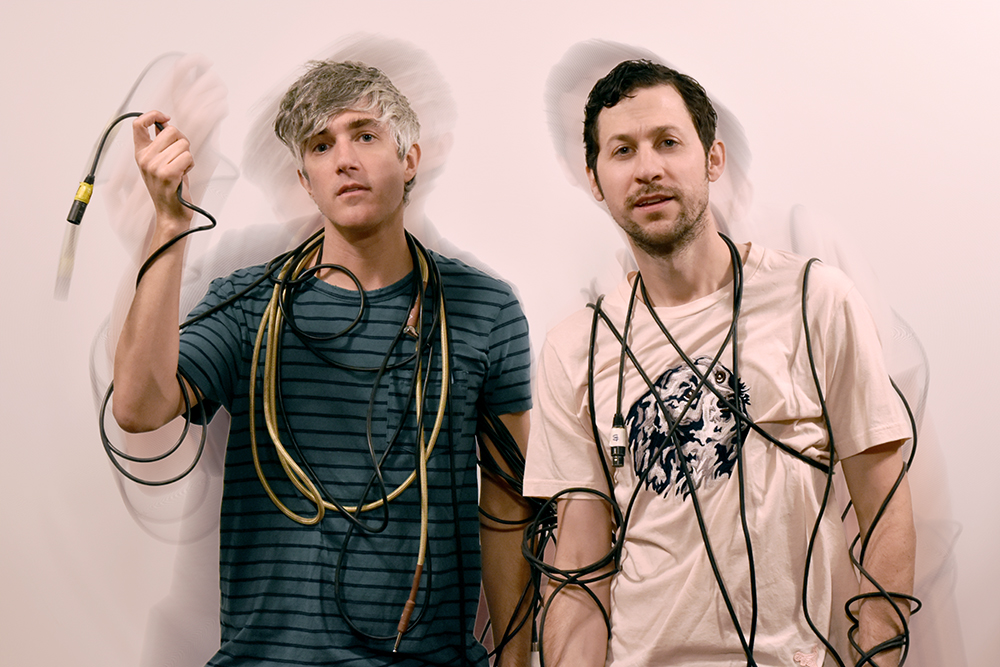 Keith Murray of New York-based rockers We Are Scientists has us tied up in knots. The guy is super-funny, sharp as a tack, and he requested a 9 am interview time, which of course means 6 am in L.A. But we’re professional and, despite the lack of time to consume anything caffeinated before the talking begins, we shake off the dust and get to work.

It helps that Murray is so much fun in conversation. He’s somehow both charismatic, and extremely nerdy, and playful too. This is refreshing; so many interviewees are polite and likeable but clearly don’t enjoy the interview process. Murray, on the other hand, seems to be having a blast, at our expense in fact, when talking about the April 27 release date for forthcoming album Megaplex.

“The very idea that it’s a two decade-long project defies belief. It isn’t simply an amazing, wonderful turn of events—there’s something wrong in the Matrix, it turns out.”

“It’s always weird grappling with release dates,” Murray says. “I’m already getting ready for our next album to come out. April 27 seems like ages away to me right now. It is weird that the album is finally coming out—in some ways, it’s hard to believe it’s not out already. April 27 seems way too long. In fact, when we’re done with this call, I want to get on with the label and see if they can push that forward a little bit.”

“It’ll be a conversation,” he says. “I’m not suggesting it’ll turn around immediately. There’ll be some crying from the label head but, really, who’s in charge?” 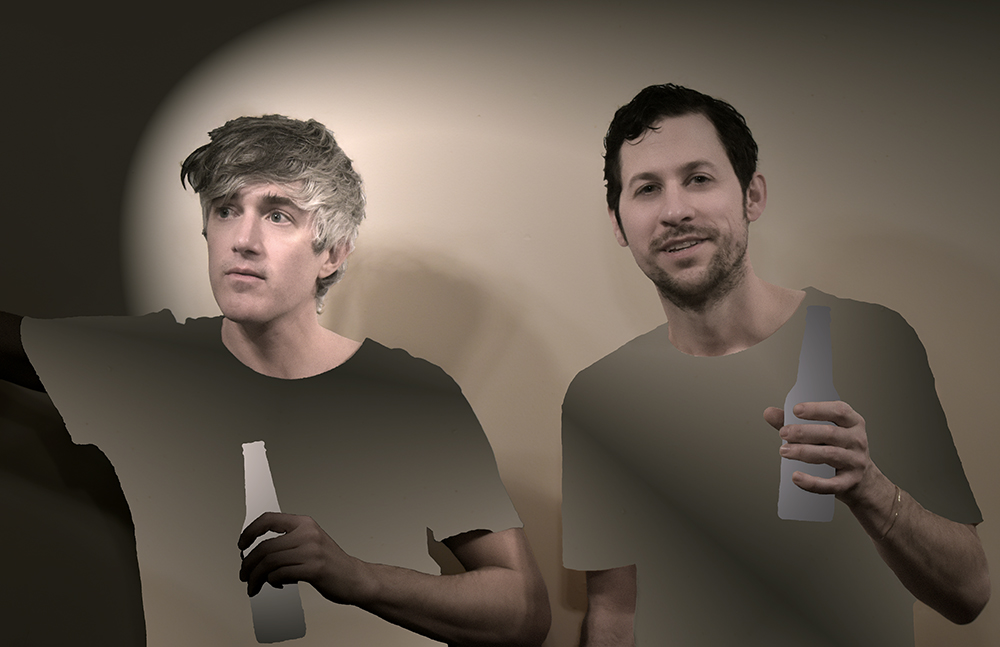 Murray and fellow scientist Chris Cain have earned some control. They’ve been together as a band since 2000, when they formed in Berkeley, California, before moving to Brooklyn, New York, the following year.

“When we started, I couldn’t imagine learning the instruments that we we had been assigned in the band,” Murray says. “The very idea that it’s a two decade-long project defies belief. It isn’t simply an amazing, wonderful turn of events—there’s something wrong in the Matrix, it turns out.”

Murray and Cain are the only two official members of We Are Scientists now. Other bands members have come and gone, and touring drummer Keith Carne has been with the group since 2013, but Murray stops short of calling him an bonafide band member.

“A Keith is a potent force. Having one Keith in the band is more than enough. We’ve got two. We’re better than the Rolling Stones. It’s an explosive force.”

“We really consider him a part of the band, it’s just we have this ‘Keith and Chris’ scenario going and it seems like it’s muddling the message to keep on throwing another face in there,” Murray says. “People get facial blindness after a while. So it’s the two of us, and then our drummer Keith Carne. That’s the real issue—having another Keith in the band. Too many Keiths. A Keith is a potent force. Having one Keith in the band is more than enough. We’ve got two. We’re better than the Rolling Stones. It’s an explosive force. You don’t go on a first date and start bragging about your sexual physiognomy—you let that leak out slowly. Not to use too suggestive a visual description. It would be pretty unseemly for us to go walking around, swinging our double Keiths.”

You see? Murray is a seriously funny dude. Of course, if his band wasn’t great that would mean nothing. Megaplex is about to drop and, as was the case with 2016’s Helter Seltzer, it was produced by Max Hart at a space in Brooklyn.

“We realized that if you give yourself four months to record a record, you will take four months to record a record,” Murray says. “We had the last record written, and there wasn’t that much guesswork. We had to go in and play things we already knew how to play. Then mess around and see if anything else interesting came up. And we pretty much went in for three or four hours each day and recorded some, and then realized that they were serving margaritas down the block so we’d drink margaritas.” 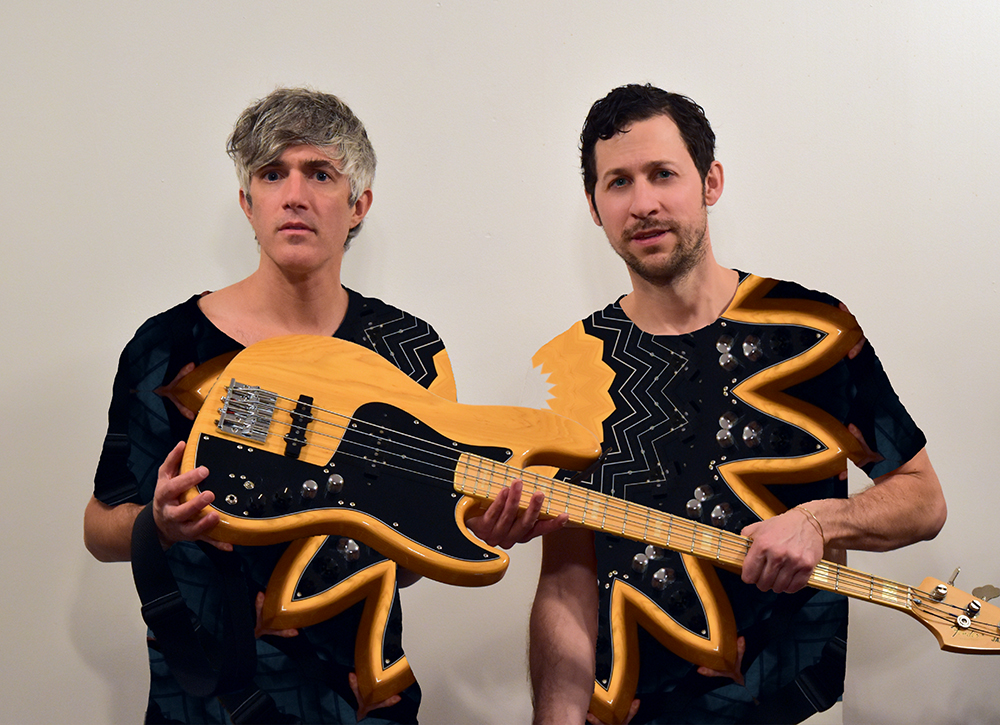 So this time, the group gave themselves less time in the studio so that, much like studying for exam, they wouldn’t wait until the last minute and cram.

“We’ve come to realize that margaritas are the greatest threat to We Are Scientists’ recording productivity,” Murray says. “They’re a destructive threat. They’re tearing our families apart. I know that the American government is making a big deal of this opioid epidemic but I want to know why nobody’s looking at margaritas. I suspect that the tequila lobby has a stronger grip on Washington than we like to admit. You know I’m right. You’re just afraid to blow this story wide open, you coward. You don’t want to get crushed under the boot of the lime farmers’ union.”

The man loves his margaritas, apparently. And, when Megaplex drops, he half-jokes that he’ll be celebrating appropriately.

“I’m gonna celebrate by finally opening my shipment of limes—and tequila,” he says. “Then I’m gonna drink myself into oblivion. Also, we’re gonna tour a lot though. We’ve got the beginning of May through late summer booked solid. And we’re also eager to get working on the next record. I was only partially joking about that earlier.”