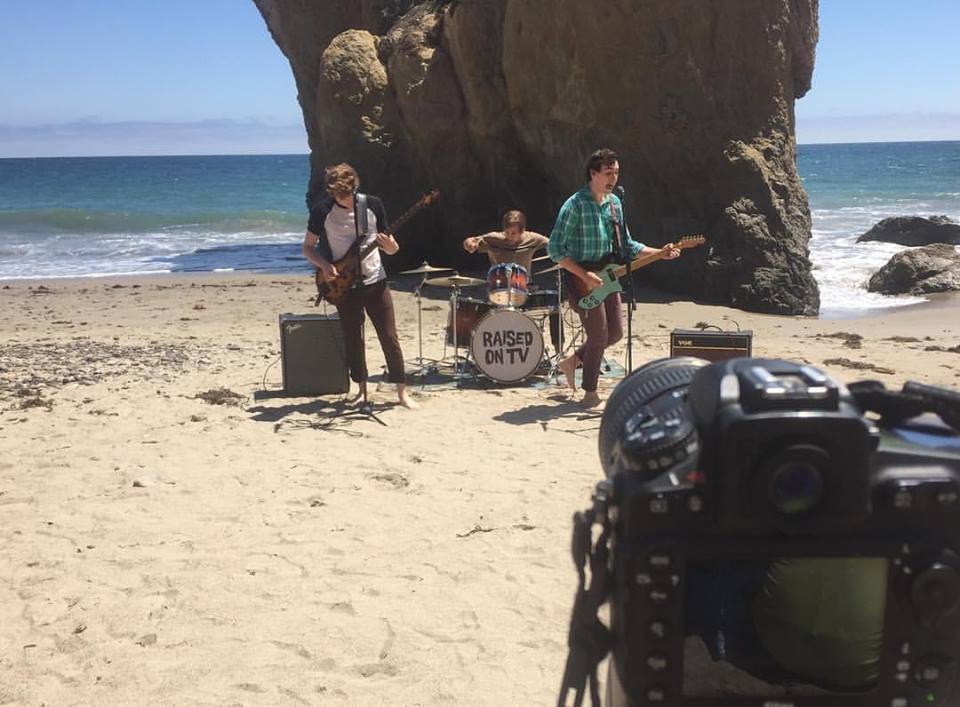 From the City of Angels comes alternative rock band Raised on TV. The three piece band is making waves (or is it flames?) with arena worthy jams that have California inspiration in every note.

The band grew up together, creating a bond that lends to a solid sound. Today, Raised on TV is dropping their new music video exclusively on idobi.com. Taken from their debut album, Season One, out on October 20th, watch “Hurting For You” below.

Hear more tracks like this on idobi Radio, the most listened to pop-punk and alternative internet radio station in the world.

“For this video, we thought it would be fun to go on some kind of ridiculous space adventure, something out of Star Trek or Lost in Space, just way more cheesy. So we turned our actual band van (named ‘Polly’ after the Nirvana song, since the van is from 1991, Nevermind reference) into a spaceship with the use of cardboard wings and a green screen, turned the garage where we practice into a ‘Space Garage’ with glow stars and lasers, and got into some astronaut suits. Because… why not?! Something of note, the actor who plays the alien in the ‘Hurting for You’ video, Matt Ukena, also appears in our first music video, for the song ‘Big Sur,’ both are songs from our debut album, ‘Season 1’ (set for release on 10/20/17.) He plays the beautiful man bikini model at the end of Big Sur. You can say he has become our non-traditional ‘video vixen.’ It wasn’t something we set out to do from the start, but we’re happy it happened that way, and we plan to have him appear in more of our videos, assuming he is available. For the production of this video, we worked with Shane Tometich, Victoria Greenwood, and Steven A. Soria. In the video, if you watch closely toward the end of the Alien planet sequence, you’ll see Matt (the alien) spit his space beer out and smile. It didn’t make the final cut, but we have footage of all of us getting into an improved space beer spitting spree, one of those spur of the moment type things. Matt was very committed to his alien character. We can’t wait to release this album and this video! We were at the beach for the first song, and now we’re in space! We’re excited to see where we go next, and we hope you come with us…”