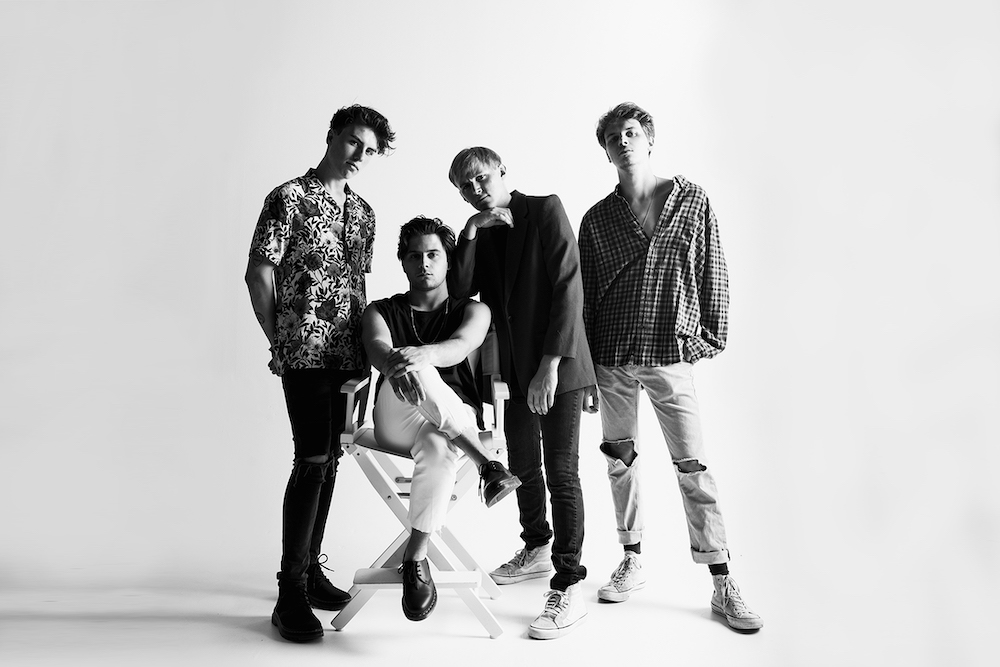 Today’s Inbox Jukebox Presents is going to speak straight to your heart. The Stolen’s new song with Jake Miller is an anthem for the times when things really aren’t okay but you feel pressured to smile through it all. Step away from those perfect Instagram lives and start living with “Rooftop” showing you the way.

“I wrote ‘Rooftop’ the day Anthony Bourdain died. It’s about the suicide epidemic in our world that no one inadvertently talks about; the idea of suicide being glorified and massively publicized, yet it seems that nobody cares to try and prevent it,” The Stolen’s Rob Chiarappa says of the song. The lyrics encourage you to speak out, for yourself and to your loved ones, instead of hiding behind the #filter of social media. “It’s a vicious cycle of people opening their phones and seeing yet another person who has taken their own life, and not understanding the damage that’s being done. The world is becoming a place where we not only are not looking out for one another, but we’re ignorant to reality, because all human contact is digital.”

“This song means a lot to us. We hope it helps a lot of people through tough times.”
– Jake Miller

“Rooftop” is set to a soft pop beat that pulses with melancholy before exploding into a dance-fueled chorus that’ll make you want to scream along. “The chorus of the song is about the perception we give that we are on the top of the world, when really, we aren’t okay at all; that everyone’s lives seem so great via social media, but it can be such an illusion,” Rob continues. “Rooftop” will move you, both physically and emotionally, into taking action and taking care of yourself and others. “The song is intentionally written like a dance song – crying in the club so to speak. It’s the metaphor of the illusion that everything is fine.”

Hit play on “Rooftop” below and get ready to spark a connection—what better way to do it than through music? Let the music take hold and sing along: “So meet me at the rooftop, I hardly even know you…”

“Writing the song, I wanted a “We are the World” feel by having a featured artist on the 2nd verse, where the story is told in two voices. Jake Miller is a great friend of ours, and not only do we have history with him supporting a previous tour, but our bassist, Kevin, is actually Jake’s drummer. Jake’s voice felt perfect for the song, so I shot him a text one afternoon with the verse to see if he’d be down to be featured on the track. Jake’s work ethic is INSANE, and he shot the verse back over within an hour that he recorded from his home studio, and that was the take we used.”

Keep up with The Stolen: