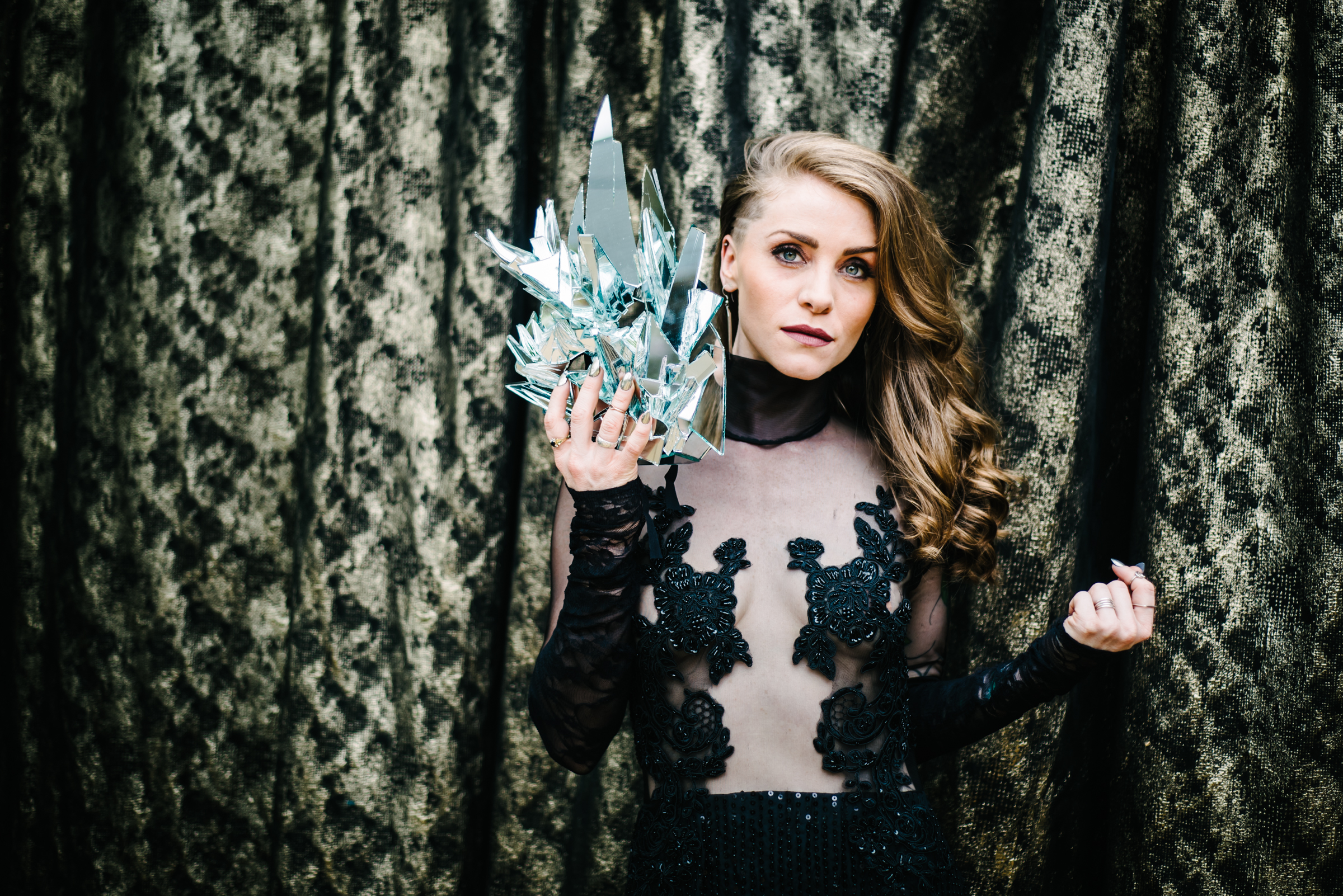 Good morning, today’s Inbox Jukebox Presents has been waiting for you. Pop singer-songwriter Sydney Wright’s new single “Time of Night” is bringing some soft ‘n’ strong cheer to wash away all the worries of the week.

“It’s about Denton, Texas, where I graduated college. I met my best friends there. We went so hard, we were good at turning the weekday cares into that weekend flare,” Wright says of the song. There’s a powerful sense of peace and pure happiness in “Time of Night”. The synths move you and the (heart)beats skip as the vocals float overhead. “‘Time of Night’ is after the bars closed when we would stay out and keep visiting under the stars and streetlights on the town square.”

“‘Time of Night’ is after the bars closed when we would stay out and keep visiting under the stars and streetlights on the town square.”

“Time of Night” captures that feeling of late night quiet and turns it into something effervescent. You’ll feel all at once giddy and calm while swaying to the sound, truly lost in the moment. Wright writes from the heart and her music tells beautiful stories of those emotions and experiences that have stayed with her. Over the summer Wright was involved in a terrible car accident that left her with a long road to recovery, but it gave her new perspective on life when writing her upcoming record. “Seiche is about hearing myself,” says Wright. Though she’d long started her writing process, the album name—which translates as “to sway back and forth”—took on new meaning. “I had no idea when I wrote it that this idea would be so useful to a recovery like I’m experiencing now. When I wrote it years ago, it was about transcending other people’s expectations, and now its about getting past my own.”

Due out November 19th, Seiche has been a long time coming but “Time of Night” promises the wait will be more than worth it. “This is one of the songs I finished up in the studio at Sonic Ranch,” she explains. Wright lived at Sonic Ranch—which is the world’s largest residential recording studio—while she wrote and recorded her album. She was amazed by just how many vintage instruments and unique equipment there was to suit her needs; you can hear the payoff in her sound. Just a few moments into “Time of Night” and you’ll be swept away into the weekend singing, “it’s that time of night, that time of night…”

Fun fact about “Time of Night”:

“We got the bgvs [background vocals] on this one from my live-loop arrangement.”

Keep up with Sydney Wright: