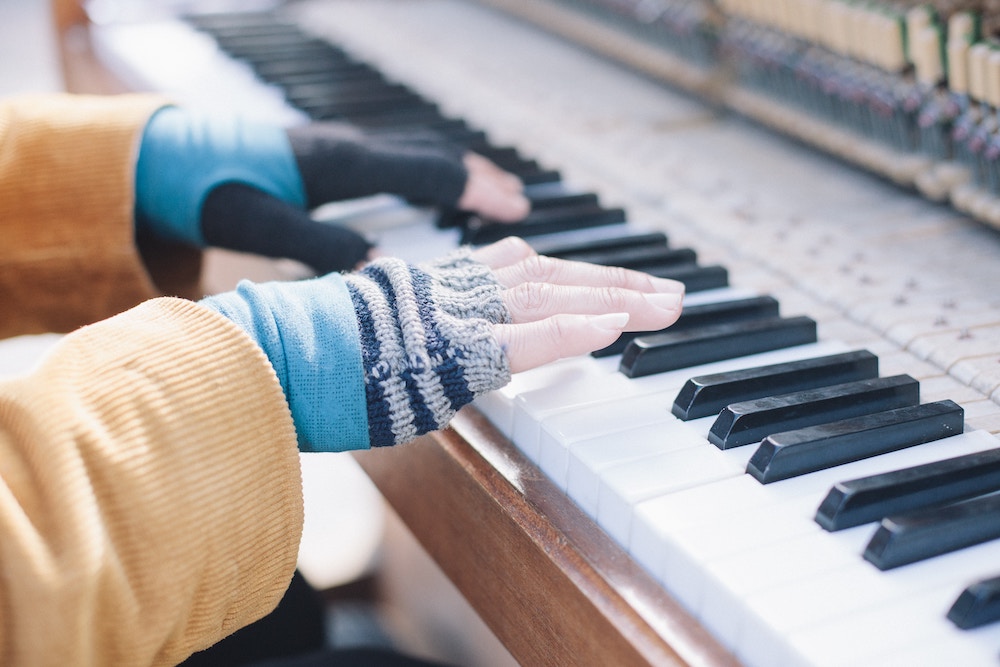 Shout out to Halloween for getting Gerard Way back into the swing of things with new music. To celebrate the spooky holiday season, Way unveils a brand new solo cut called “Baby You’re a Haunted House”. The straightforward rock sound puts Way in familiar territory, especially with brother Mikey Way contributing to the track, too. It’s kind of like a My Chemical Romance reunion … right?

Jon Bellion keeps the new music rolling, releasing his second new song in as many weeks, to keep the hype going for his upcoming full-length. It does the job—“JT” (which stands for John Travolta, not Justin Timberlake) is dedicated to his rise from being a guy with a dream to having those dreams come to life with the massive success he’s found. Considering how rock solid the track is, the success is only going to mount from here.

With “Siren” becoming the eighth song released this year, it’s clear The Chainsmokers are planning two more before the year’s end to bring the total to what would be a pseudo-album (that album is Sick Boy…Siren), but even if they stopped before that, this is as solid as they’ve ever been. “Siren” shapeshifts from simplicity to insanity as the melancholy verses lead into a dirty drop suitable for the grittiest of clubs.

“Armor”You can’t say Sara Bareilles is back, she hadn’t really gone anywhere, but her new single “Armor” signifies a fresh era like never before. The world’s had the ability to fall in love with her—like fans had from the start—since penning the musical adaption of Waitress and becoming a Broadway superstar. And we can only hope new music leads to a slew of new fans and a couple more Grammy nominations to boot. “Armor”, which apparently wasn’t going to see the light of day until next year, couldn’t have been released at a more perfect time—it’s a battle cry that showcases strength in a time where women need it most with Bareilles crediting any adversity she’s faced as the reason she stands stronger today.

9 is the perfect record for Saves the Day fans, as the nine-track full-length is essentially an oral history of the legendary pop-punk group spanning over the past two decades. It’s packed with patented Saves the Day-rock in tracks like “Side by Side” and “1997” but the epic near-22 minute long closer “29” will help you appreciate just how far the band’s come, whether you’ve followed them from the very beginning or not.

An unexpected new song from AFI is never something to complain about, especially when it’s something as good as the newly released “Get Dark”. Off their upcoming EP, out in December, the track has a fun and fast punk feel to it that we can only hope takes precedence throughout the rest of the EP, too.

Ellie Goulding
“Close to Me”

Shout out to Halloween for getting Gerard Way back into the swing of things with new music. To celebrate the spooky holiday season, Way unveils a brand new solo cut called “Baby You’re a Haunted House”. The straightforward rock sound puts Way in familiar territory, especially with brother Mikey Way contributing to the track, too. It’s kind of like a My Chemical Romance reunion … right?

Bring Me the Horizon
“Wonderful Life”

Bring Me the Horizon are prepping for their upcoming album Amo, set for release at the end of January. Similar to the lead single “Mantra”, “Wonderful Life” follows in its radio rock footsteps, having the tendency to become instantly memorable the second after it finishes. You’ll swear you’ll have heard its explosive chorus before but that’s just a testament to how strongly “Wonderful Life” hits.

People might’ve rolled their eyes if they heard that 5 Seconds of Summer covered Queen five years ago but now—considering the leaps and gains they’ve made musically with their latest album Youngblood—the response sings a different tune. In honor of the upcoming Freddie Mercury biopic, 5SOS covers “Killer Queen” and the result is something special. Great production surrounds surreal vocals and ultimately yields success—it’s strange to admit the band are better accustomed now to covering Queen than they are to Green Day.

So, Steve Aoki’s Neon Future III looks like it’s going to be kind of incredible. With a majority of tracks already out—and some teased ones on the track listing featuring the likes of Blink-182—the producer/DJ might just have his magnum opus…and another hit single. Dropping this week is his second collab with k-pop superstars BTS, “Waste It On Me” is tailor made for success. It’s interesting to hear BTS in a more EDM-style setting rather than their regular k-pop but it might be what they need to put the U.S. in an even stronger chokehold than before.