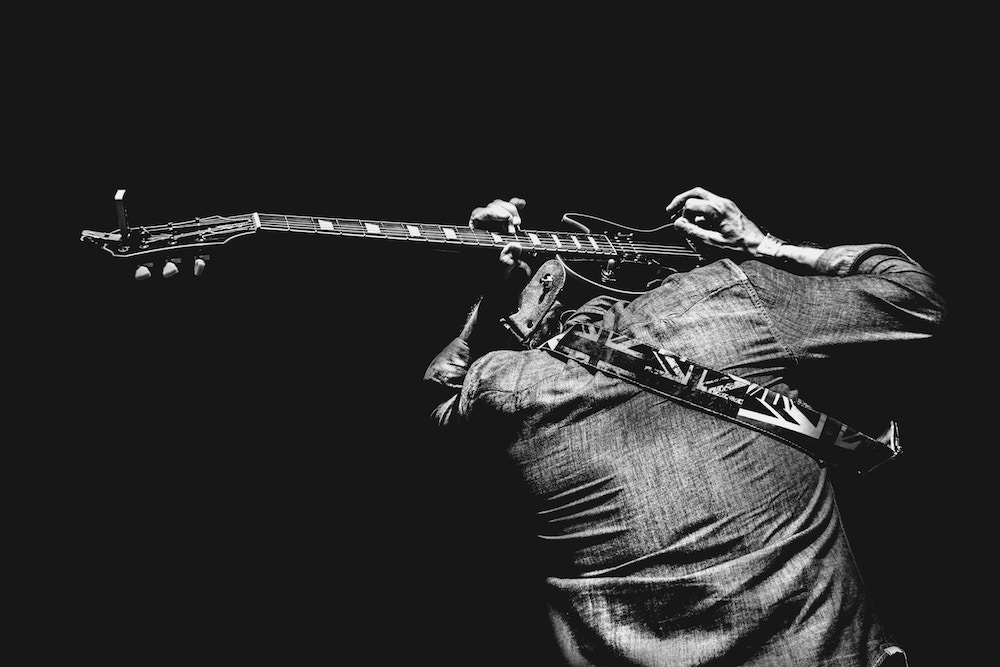 You don’t always have to grow up to be mature. For as long as Hawthorne Heights have been around their sound has pretty much seen it all. Their new album, Bad Frequencies, reverts back to the days of youthfulness and well-produced poppiness without sounding like they’re missing their early 20’s. Vocally, the band sounds better than ever with catchy hooks that you will sing in your sleep.

Nobody would argue with you if you proclaimed that 2018 is going to be Post Malone’s year. Coming off his first number one single, this year he’s nearly seen a second number one with “Psycho” but now that his long-awaited sophomore record is out, the best is yet to come. The fully-loaded record features bangers from front to back with “Paranoid” and “Spoil My Night” making a case for future singles.

Josh Ramsay – “We Should Be Friends”

No, that’s not a typo. Singer/songwriter Josh Ramsay strips the Marianas Trench name to release a solo song for the upcoming film Adventures In Public School. It’s an adorable little track as Ramsay croons across an acoustic guitar and there’s just the right amount of innocence to it that will easily plant a smile on your face.

Nearly two years after UK singer Anne-Marie released her hit single, “Alarm,” it finally makes an appearance on her debut record Speak Your Mind—the most important part is the single doesn’t make the rest of the album feel dated. Along with a collab with household producer Marshmello on “Friends”, the LP hits its apex on the nostalgic Ed Sheeran-penned “2002.”

Mike Shinoda – “About You”
(feat. Blackbear)

Mike Shinoda’s upcoming record Post Traumatic is shaping up to be some of the best music the Linkin Park member has ever released. In a way, it feels like a cathartic first step before Linkin Park makes their eventual comeback following the death of their singer Chester Bennington. Though it’s impossible to fill Chester’s shoes, Shinoda knows how to be front and center. “About You” features dark and gritty beats as a verse from Blackbear offsets an aggressive flow.

If Camila Cabello’s departure from Fifth Harmony proved anything it’s that she doesn’t need anyone else in order to be a success…but additional help is never a bad thing. For “Never Be The Same” Cabello enlists country singer Kane Brown on a new version that pleasantly ends up amplifying it. Brown isn’t just there for decoration—his feature is purposeful as the track turns into a full-on duet rather than a one-and-done verse.

Record producing duo, Stargate made their artist debut last year with the release of the star-studded single “Waterfalls” featuring a dream-like combo of Sia and Pink. This time around they pull a similar charade but—for a different genre—as the hip-hop trifecta: PartyNextDoor, 21 Savage, and Murda Beatz. Stargate comes together for a trap anthem with “1Night”.

Janelle Monae is one of the most important voices in music right now. Recently coming out as queer, Monae represents a part of African-American culture that needs to be brought closer to the forefront of society as a strong, successful LGBTQ woman in music. Fortunately, her new album Dirty Computer will help make that a reality. Supported by single “Make Me Feel” her third LP is an excellent example of a powerful pop/R&B hybrid sound.

Singer/songwriter Call Me Karizma might not be blowing up the Billboard charts but you wouldn’t realize it after listening to his music. His latest single “Rockstar” takes his brand of hip-hop to new heights as he sings about living the high life over a ferocious beat.

Elohim’s self-titled debut album is an honest, expressive piece disguised as electronic-pop. Diving deep into the lyrical content will reveal themes such as anxiety and panic attacks but the overall sound of the tracks provide a sense of solace that says that everything just might be okay.